Everton left it late to grab an equaliser and claim a share of the points against Leicester, however the result will feel like it should have been a better one for Everton if it was not for a series of mistakes and bad play throughout the game. The match started off quite slowly and it was Leicester who enjoyed the better of the opening minutes before Everton seemed to come to life and join in the game. In what seems to be an occurring theme with Everton this season, they were seemingly happy to retain possession of the ball but not be doing anything with it, too many times players seemed content in just passing the ball across the field and not looking to play the ball forward with any conviction.

The match came to life in the second half and Everton took the lead through Naismith, who found himself in the Leicester box and he somehow managed to thread the ball between two diving Leicester defenders and leave Schwarzer flat-footed in the goal as the ball went past him. This should have given Everton the confidence to go on and win the game, especially after their performance in mid-week. However, the lead for Everton never felt comfortable and there was always a feeling to me that Leicester were going to get a chance at some point during the game and that Everton would need more goals.

Everton were not really imposing themselves on the game against a team who were bottom of the table and mistakes were becoming a little more frequent. Players were mishitting passes, the ball was bouncing away from players after heavy touches while trying to get it under control, and the attacking play once the ball was close to the Leicester area seemed to be a bit unsure of what to do. Lukaku had a number of chances to extend the Everton lead, which were not taken either through a save from Leicester or simply through bad play from Lukaku.

Everton never had the lead for very long before Leicester levelled things up, when two of their substitutes teamed up to score. Jamie Vardy made a good attacking run down the right and fired in a low cross, which Howard should have dealt with, instead he palmed the ball back into play and Nugent was happy to smash the equaliser for Leicester. Early season failings were evident again for Everton, who were once again vulnerable after they had taken the lead in the match. Things were soon to get even worse for Everton however when Leicester took the lead. Mahrez sent over a cross, which brought out another error from Howard, who misjudged the flight of the ball and flapped at the cross, this allowed Vardy to get the ball and cut it back to Cambiasso who fired home to put Leicester 2-1 ahead.

Everton now had 20 minutes to try and get something out of the game, and for most of that time it looked like it was going to be another story of playing well up to the opposition area and then failing to produce the end product, but just as the ninety minutes was closing in Everton managed to get the equaliser. Christian Atsu, who came on as a sub, sent over a cross into the Leicester area which Lukaku and Matthew Upson threw themselves towards and the ball was sent into the Leicester goal. Lukaku, as is usual with strikers, claimed the goal and he did get a touch on the ball, but replays shown that the deciding touch was from Upson for an own goal.

The match ended with the same scoreline as the previous encounter this season between these sides, although this time it was Everton who grabbed the late equaliser to secure a point. Any ambitions that Everton had of challenging for a European place at the end of the season has surely gone for this season, and it is down to performances like this one, in which they took the lead but appeared to be unsure of how to hang on to the lead. There were too many individual mistakes creeping in to the game, things such as simple passes being hit straight to the opposition, players being unable to retain control of the ball, and worst of all there seeming to be any lack of ideas of what to do in an attacking sense.

Going into the game Everton should have been expecting to win the match, but after the game they will be thinking they were a little lucky to be taking away a point, as Leicester may not have created as many chances during the game as Everton, but they made the most of the chances they created. If Everton are to end the season with any sort of respectable finish in the league table they need to quickly sort out their problem of being unable to defend a lead they have got, as soon as they go ahead it seems that they become more vulnerable to conceding.

SkemNews Man of the Match 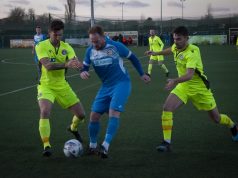 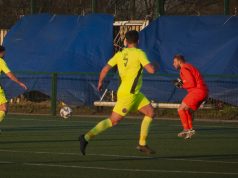