For the second week in a row United faced a promotion chasing side at the JMO Sports Park, last week they saw off Bootle 2-1 and hopes were high of another Home victory against Charnock Richard.

It was the away side who struck first with a surging run and shot from Nathan Nickeas, on 14 minutes. With the wind at their backs Charnock were in the ascendancy and former United favourite Jordan Darr doubled the away sides advantage a few minutes later.

Skelmersdale came back strongly as 17 year old Gabriel Ellis pulled one back for United from the restart, United’s joy was short lived as a third goal in 4 minutes went to the away side, a free kick from 30 yards was blasted goal wards by Spencer Bibby, it was unstoppable and rocketed into the back of the net.

United were 3-1 down at half time and with the wind now at their backs would be looking to push on, but it was that man again Darr, who ran United ragged all afternoon who struck first with a fine finish. United toiled away and were rewarded with a finely taken free kick from Luke Holden that went in off the bar.

United looked to get up ahead of steam, both Carey and Adegbenro going close but Charnock are no mugs and slowed the game down at every opportunity.

It was a bad day at the office for United, they will look to get back to winning ways when AVRO FC are the visitors to the JMO Sports Park next Saturday 14th march, Kick off 3pm. 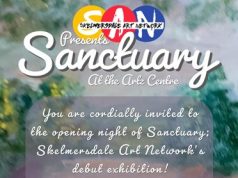 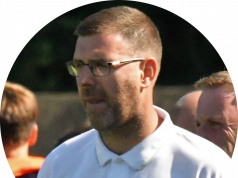