Chorley’s octogenarian first citizen took a leap of faith when she plunged out of a plane at 10,000ft to raise money for one of her chosen charities.

And the Mayor of Chorley, Councillor Doreen Dickinson, enjoyed the experience so much she didn’t rule out doing it again!

Doreen, 83, chose to do a tandem freefall parachute jump to mark her year in office and to raise money for The Alzheimer’s Society.

The active mum and grandmother who regularly plays badminton and golf, said: “I really enjoyed it. It was a bit frightening when we were first falling from the plane, well, it was a peculiar feeling really. But when the parachute opened it was wonderful and we circled round so we could see so many things. The views were amazing, we could see so far.

“I wouldn’t not do it again, we’ll have to see what next year brings!”

Supported by her children and grandchildren, Doreen had to pass a medical and undergo a risk assessment before she was allowed to take part in the jump which was held at the Black Knights Parachute Centre in Cockerham near Lancaster.

It was her second attempt at the tandem sky dive – her first attempt the previous week had to be aborted at the last minute because of inclement weather.

The Mayor has raised nearly £2,500 through her Just Giving page – with other monies pledged – which will go the Alzheimer’s Society.

Doreen added: “Alzheimer’s is a disease that affects hundreds of thousands of people in the UK, including someone very close to me and my family, and it’s nice to be able to give something back to the charity.”

Anyone who would still like to sponsor the Mayor can do so on her Just Giving page www.justgiving.com/fundraising/mayorofchorley 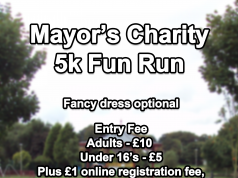 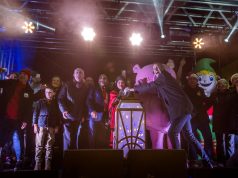 Festive fun to return to Chorley 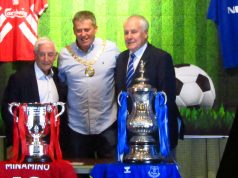