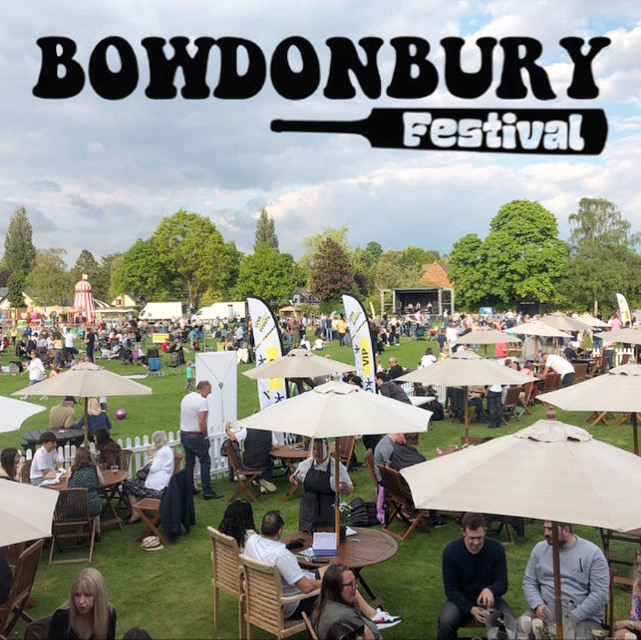 The weekend of unmissable fun for all the family is being held at the Bowdon Cricket, Hockey & Squash Club at Altrincham with a host of stellar acts and attractions planned to entertain festivalgoers.

The two-day event takes place on Friday 20 and Saturday 21 May and festivalgoers are being promised a memorable experience with music from some of the UK’s best tribute artists along with a full daytime programme.

This year organisers have brought together even more artisan traders who will be offering refreshments from some of the finest of the local food and drink scene, a range of new bars and an even bigger family-friendly funfair. There will also be a Makers Market, huge inflatable obstacle course, pop up stalls from local businesses and family displays.

General entry tickets, weekend passes and Premium Pavilion Pass tickets are all on sale on the Bowdonbury Festival website.

Premium Pavilion Pass holders have access to the pavilion and exclusive use of a raised viewing platform from which to enjoy the line-up of award-winning live performers, along with a premium bar featuring waitress service at your table, indoor seating and toilet facilities and a set menu available with catering by award-winning chefs.

The Bowdonbury Festival opens on Friday 20 May with a new Friday night concert featuring some top tribute acts and a brilliant set from DJ Darren Proctor.

The evening will take audiences on a nostalgia trip back to the 90s and noughties with headliners Take That Live and award-winning Michaela Weeks as pop princess Britney Spears.

Take That Live were named the ‘best Take That tribute band’ in the National Tribute Awards. They have appeared on numerous TV shows and have won plaudits not just from fans but from those connected with the superstar band including Nigel Martin-Smith – the man who formed and managed them.

Accompanied by the best Lighting show of any Take That tribute band in Europe today, they offer a ‘live’ tour experience featuring massive Take That hits from across the whole of the band’s stellar career including Pray, Greatest Day, Rule the World, Patience and Back for Good to name just a few.

They will be joined by award-winning Michaela Weeks who has been voted the UK’s number one Britney Spears lookalike and tribute act.

Michaela – who has spent years perfecting the art of being a celebrity impersonator – has wowed audiences across the globe, from Dubai to Istanbul Los Angeles, and has appeared on countless television shows and in newspapers and magazines. In 2014, Britney herself asked to meet Michaela at her Las Vegas residency and the two were photographed together.

Expect brilliant live vocals and dance routines along with perfect performances of all those massive Britney Spears hits from Baby One More Time to her latest releases.

Bowdonbury continues on Saturday 21 May with a full day of family-friendly entertainment across the festival site as well as an unmissable line-up on the main festival stage.

The programme of live music will be headlined by Paul Bacon as Ultimate Elton. The lifelong Elton John fan began singing and playing his music while studying performing arts at university in the 1980s when he discovered he had an extraordinary similar singing style to the superstar singer-songwriter.

Drawing on an amazing back catalogue going back more than 50 years including Your Song, Candle In the Wind, Crocodile Rock and Don’t Let The Sun Go Down on Me, Ultimate Elton is a wonderful and authentic celebration of Elton John’s sublime music. And Paul even wears some of the original Elton stage costumes he has acquired over the years.

The line-up also includes Paula Randell as Totally Tina. Paula, who is recognised as the best Tina Turner tribute in the world, is set to recreate the singer’s Tina ‘Live’ 50th Anniversary concert with exact replica costumes and dance routines. Expect all those classic hits including Private Dancer, Simply the Best, River Deep Mountain High and Proud Mary.

The Saturday entertainment doesn’t end there with ABBA and Chic tribute performances on the programme, along with music from fantastic local bands to make it a day-long party.

Away from the music, there’s a host of attractions including a popular Makers Market with everything from gifts and crafts to cakes and sweet treats, and a spectacular 100ft Inflatable World obstacle course for adults and children to enjoy.

All-new bars for 2022 include a gin bar, cocktail bar and local wine bar, while Macclesfield brewery Bach 95 – owned by a group of Sale Sharks players – will run a beer tent.

The Bowdonbury Festival is organised by Max Eden with all profits going to support the Bowdon Cricket, Hockey and Squash Club. The event will also support its nominated charity which this year is the Teenage Cancer Trust.

The festival is sponsored by Benchmark Security Group.

Organiser Max Eden said: “I’m delighted to be able to bring back the Bowdonbury Festival next week. The event, which we launched last year, has been embraced by both the local community and festivalgoers from further afield who really enjoy and appreciate the quality family-friendly entertainment and fantastic music we work hard to bring together.

“We’ve got another great line up of talent for 2022, and plenty for families to enjoy throughout the day and evening with a real emphasis again on supporting the superb local and regional food and drink scene and other businesses.

“Proceeds from the festival will go towards supporting the work of Bowdon Cricket, Hockey & Squash Club. And this year we’re also supporting the Teenage Cancer Trust so we want to raise as much money as possible for a great charity doing such important work.”

Tickets are available to purchase from www.bowdonbury.co.uk