A teenager has today (Tuesday, March 24th) been sentenced to life in prison for the brutal and calculated murder of Alex Davies, 18, in Parbold.

Brian Healless, also 18, formerly of Rylands Road, Chorley, was found guilty yesterday (Monday) of murdering Alex, and today at Preston Crown Court was told he must serve at least 24 years – less 324 days already served – before he will be considered for release.

Alex was killed on April 29th last year at a secluded area of Parbold Hill known as Alder Covert, after he and Healless met online and then arranged – via private social media messages – to meet up in person.

Alex’s body was found at around 5.20pm on May 1st by a gamekeeper who was walking his dog in the area.

He had been stabbed more than 100 times and his body had been hidden under a blanket. The murder weapon – a kitchen knife – was located a short way from the body hidden in the ground. A postmortem also showed he had suffered two breaks to his nose, black eyes and bruising to his head.

Detectives carried out a painstaking and robust investigation, analysing DNA found at the crime scene and at Healless’s address; mobile phone records belonging to both Healless and Alex; Healless’s internet search history and CCTV.

They were able to place both Healless and Alex at Parbold Hill at the same time, with CCTV showing Healless arriving in the area empty-handed and then leaving the area a short time later in possession of Alex’s backpack. Messages between the two revealed they were planning to meet up and were heading for the same place.

At Healless’s address officers found clothing that had traces of Alex’s blood on it and Alex’s mobile phone, which had been stolen from the murder scene by Healless. They also found evidence that the knife used to kill Alex had come from Healless’s house.

Detectives later discovered that following Alex’s death, Healless had begun making plans to meet up with another teenager, but was arrested before the meeting could take place.

In court Healless admitted killing Alex but claimed he had been suffering mental health problems which meant he had not been in control of his actions. The jury rejected his claim that the killing was manslaughter, and he was found guilty of murder.

Det Insp Tracey McMurdo, of the Lancashire Police Force Major Investigation Team, said: “Brian Healless carried out what can only be described as a brutal and frenzied slaying of an entirely innocent teenager.

“Alex was a young man known for being friendly, open and trusting and at the age of 18 he had his whole life ahead of him.

“His family have been left utterly devastated by his death and they must be praised for conducting themselves with nothing but dignity throughout this investigation and trial. I hope now this process is over they can begin to deal with their grief privately.

“It is no exaggeration to say this has been one of the most harrowing cases myself and my colleagues have ever dealt with. The scene that confronted officers at Parbold Hill last May was shocking, and the professionalism and dedication shown by every single officer in the investigation team cannot be understated. They worked tirelessly to identify Healless as Alex’s killer.

“Finally, although cases like this are extremely rare, Alex’s death does highlight the dangers people can face when they arrange to meet up with strangers they’ve met online. While we know people will not be meeting socially at the moment, we would urge you – when normality resumes – to follow safety advice such as arranging to meet somewhere busy, telling a friend or family member where you are going and who you are going with, arranging to call a friend at a certain time so that they know you are safe and sharing your GPS location with a trusted friend or family member via your smartphone.” 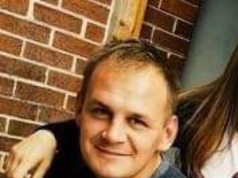