FSB is calling on all political parties to put the self-employed community front and centre when drawing-up business policies for their election manifestos as its latest research shows confidence among sole traders in negative territory for five consecutive quarters.

Fresh findings from its full Q3 SBI report, published today, show the confidence measure for self-employed respondents stands at -7.5 in the three months to September. Well over half (62%) of sole traders do not expect their performance to improve over the coming three months, with more than one in ten (12%) expecting their performance to be ‘much worse’.

The new research shows revenue growth among the self-employed lagging behind the wider small business community. Around a third (35%) of sole traders report that revenues were up in Q3, while four in ten (40%) say they were down. Across the whole of the 1,200 small businesses surveyed for the study, the figures stand at 38% and 35% respectively.

Elsewhere, the latest SBI shows sole traders continuing to struggle disproportionately when it comes to accessing external finance. Just 7% of self-employed respondents applied for credit in Q3, compared to 13% across the small business community as a whole.

While just under six in ten (59%) sole trader applications for finance were approved, seven in ten (70%) were successful across all respondents.

Close to two thirds (65%) of successful self-employed finance applicants were offered a borrowing rate of 6% or more, but this was the case for fewer than half (49%) of all successful small business applicants surveyed.

To reinject optimism into the self-employed community, FSB is calling on all major political parties to commit to:

FSB National Chairman Mike Cherry said: “Our 4.9 million-strong self-employed community has suffered massively as a result of three years of indecision and dithering in Westminster. This election is a chance for politicians to turn the tide, get back to domestic issues and support the sole traders that drive our economy forward.

“Against such an uncertain backdrop, the self-employed certainly don’t need an IR35 rule change that makes hiring contractors less attractive. We’ve already heard noises from big corporates to indicate that – if this change does take effect in April as planned – they’ll pull the plug on sole traders.

“Common sense dictates that a delay to the April roll-out of these rules is now needed.” 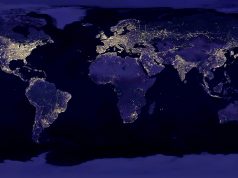 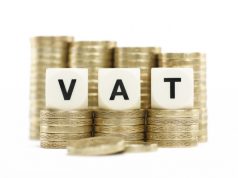