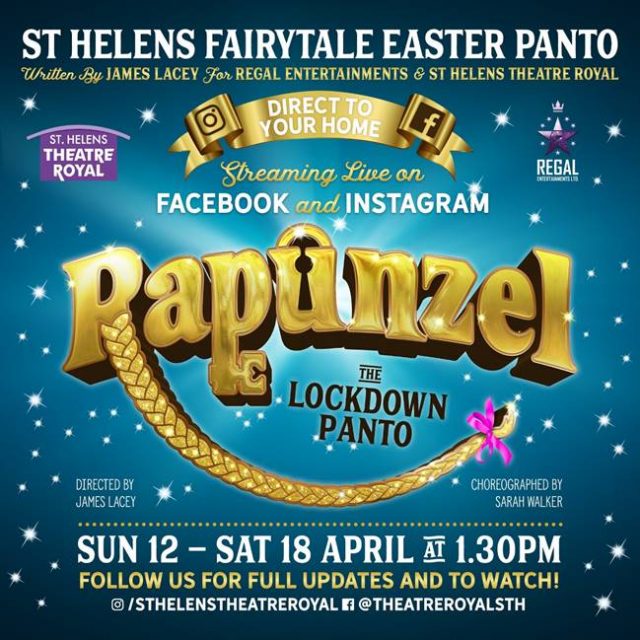 This Easter, despite the lock-down, Regal Entertainments Ltd have created a free online Pantomime for all the family to enjoy, and what better fairy-tale to be presented during a lock-down than that of a young girl locked up in a tower?

The uniquely filmed production will star a host of the regular stars that appear at St Helens Theatre Royal. Olivia Sloyan will play Rapunzel, James Lacey as the Witch, Lewis Devine as Daft Dave, Samantha Palin as the Queen, Warren Donnelly as the King, Andrew Geater as the Prince, Abby Middleton as Fairy Anna(logue) and Jenna Sian O’Hara as Pixel The Pixie.

For this special production, each cast member has recorded their own section of the pantomime at home and, through careful editing, the story is brought together to create a unique online pantomime that the whole family will enjoy. The pantomime is written and directed by James Lacey and choreographed by Sarah Walker.

Olivia Sloyan plays Rapunzel. Olivia’s theatre credits include Sue in Rita, Sue and Bob Too, Tia in The Salon and both Linda and Brenda in Blood Brothers, as well as Princess Jasmine in last Christmas’s spectacular pantomime, Aladdin.

James Lacey plays the Witch. James has appeared in the touring production of Shrek: The Musical, The Sound of Music and as the handsome prince in St Helens October half term panto, Sleeping Beauty. Another princely role for James was being chosen as the dance double for Richard Madden in Disney’s live action remake of Cinderella.

Abby Middleton is Fairy Anna(logue). No stranger to St Helens Theatre Royal, Abby’s has played Tiger Lily in Peter Pan and the Good Fairy Glinda The Wizard of Oz. Her other recent credits include Lucy in Pig, Sister Mary in Scouse Pacific and Nancy in Kiss Me Quickstep.

Samantha Palin plays the Queen. Her theatre credits include the Wicked Witch of the West in February’s The Wizard of Oz, the villainous fairy Carabosse in October’s Sleeping Beauty and (on the good side) the Fairy Godmother in last Christmas’s record-breaking Epstein Theatre pantomime, Cinderella.

Jenna Sian O’Hara plays Pixel the Pixie. Jenna starred in last year’s production of Achy Breaky Bride and also gave a memorable performance as the Slave of the Ring in the St Helens Christmas panto, Aladdin.

The King is played by Liverpool actor Warren Donnelly. Best known as Stan Waterman in Channel 4’s Shameless, Warren’s panto credits include King Rat in Dick Whittington, Abanazer in Aladdin (both at Liverpool’s Empire Theatre) and Lord Dandini in The Epstein Theatre’s Cinderella.

Andrew Geater plays the Prince and his recent credits include a standout performance as Pharaoh Joseph and the Amazing Technicolor Dreamcoat, Jesus Chris Superstar, Guys and Dolls, South Pacific and Prince Charming Cinderella at The Epstein Theatre.

Kids favourite Lewis Devine completes the cast as Daft Dave. Lewis was the first series winner of ITV’s Kids Stars in Their Eyes with his impersonation of Donny Osmond and his panto credits include Muddles in Snow White, the title role in Peter Pan and French Frank in Beauty and The Beast at Stockport Plaza.

Regal Entertainments had to reschedule their usual Easter Pantomime at St Helens Theatre Royal, Goldilocks and the Three Bears, which will now take place in the autumn.

Producer and Director at Regal Entertainments, Chantelle Nolan says: “During the national lockdown we wanted to reward and entertain families for being responsible and isolating. So many of our customers were disappointed not to be able to come and see our Easter pantomime in St Helens, so we thought that, this year, we would bring the panto to them.

“We have an incredibly talented cast, who are more than up to the challenge of creating a unique, new show and we’re going to put on a fantastic online show that all ages can enjoy.”

Rapunzel tells the tale of a young girl stolen from her family and locked away from the world in a tower by a wicked witch. Unable to leave, she must let down her golden hair for the witch to climb to bring her food. One day a handsome prince discovers the tower and sees the beautiful girl. Will Rapunzel and the Prince find their freedom? Will they live happily ever after? Or will the wicked witch catch them?

To watch the show, viewers will need to become a fan of the St Helens Theatre Royal Facebook or Instagram accounts where information to view will be posted, the show will launch daily at 1.30pm from Easter Sunday. 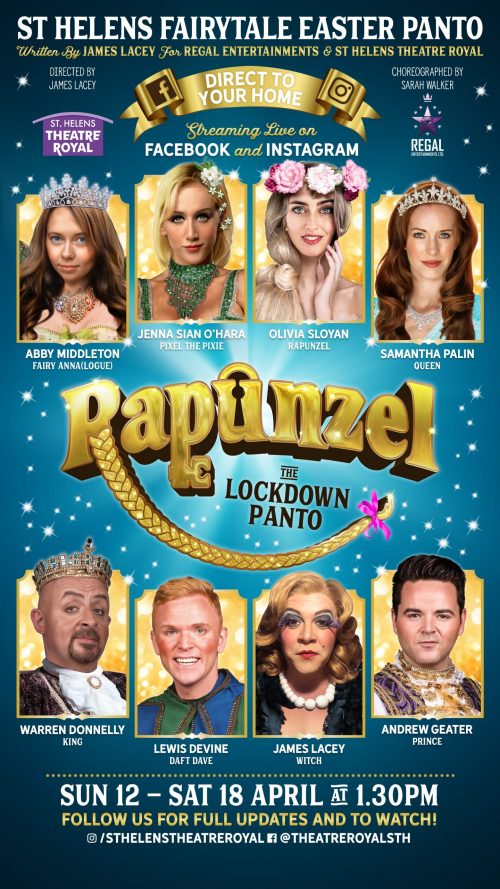 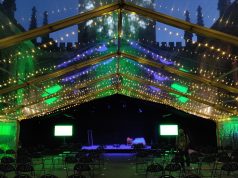 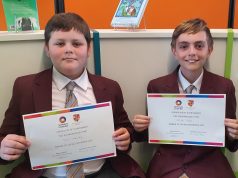 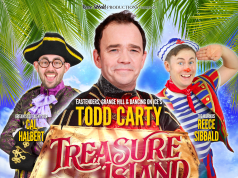 Live Theatre is back! A “green light” to Treasure Island