Edge Hill University and Everton in the Community’s flagship children’s mental health programme has been shortlisted for a national award for its positive impact across Merseyside.

Tackling the Blues (TtB), a sport and education-based mental health programme delivered in partnership with the official charity of Everton Football Club has been shortlisted by the UK Sports Journalists Association in their ‘Sport for Social Change’ category at the British Sports Awards.

Across Liverpool 78% of five to 15-year-olds with anxiety or depression are not in contact with mental health services.

By working in schools across the city, TtB targets these children and young people as well of those who are at risk of developing mental illness.

Emoji bingo, peer mentoring and physical activities are used to increase self-esteem and reduce anxiety whilst helping them build positive relationships with peers and external agencies.

A 12-year-old participant said: “I think TtB is brilliant because it made me think that if something has happened in the past you can talk to them (teachers/staff). When I got bullied online and felt sad I told one of your staff (running the session) and they helped me a lot. It helped me to be brave and not suffer all the time because of it.”

Andy Smith, Professor of Sport and Physical Activity at Edge Hill University, said: “We’re delighted to be nominated for such a prestigious award which is attended by many of the major sports writers, editors, photographers and broadcasters.

“We’re the only university nominated, and the judging criteria considers impact, reach, sustainability and innovation. These are all key elements of the co-produced programme that we’ve delivered with Everton in the Community over the last three years and it’s very gratifying that its evidence-based impact in making a real difference to the lives of hundreds of children has been recognised once again.”

Michael Salla, Director of Health and Sport at Everton in the Community, said: “Half of all adult mental illnesses – excluding dementia – are first experienced by the age of 14 so early intervention is vitally important.

“To be recognised by the sporting world for how we use sport as a tool to promote mental health awareness and tackle mental illness is fantastic and we have plans to develop the programme further over the coming months.”

The winner will be announced at an award ceremony in the Tower of London on 6 December. To read more about TtB please click here 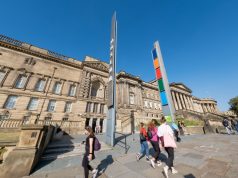 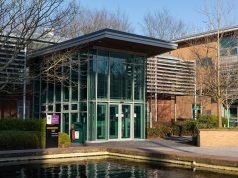 Asmall Primary School pupils go to university for a month!