First round of negotiations to take place in Brussels already in June.

EU Commissioner for Trade Cecilia Malmström met today the Secretary of Economy of Mexico Ildefonso Guajardo Villarreal to mark the beginning of new trade and investment negotiations between the two commercial partners.

The objective of these talks is to modernise and broaden the scope of the existing ‘global agreement’ from 1997 to mirror other ambitious agreements that the EU and Mexico have since negotiated with other partners. Today’s meeting has established a roadmap for reaching an agreement that unleashes the full potential of EU-Mexico trade and investment relations.

Speaking following the meeting, EU Commissioner for Trade, Cecilia Malmström said: “I am very glad to see another initiative taking shape from our “Trade for All” strategy announced last year. Our discussions with Minister Guajardo leave no doubt: we are writing a new page in the history of EU-Mexico relations.  We want to broaden the scope of the agreement and deepen the level of mutual openness to boost our growth, make our firms more competitive, create new and better jobs, and widen choice for consumers. We plan to hold the first round of negotiations in Brussels already by mid June, and this afternoon our negotiators will meet to start discussing the setup of our first round.”

Global trade patterns have substantially changed since the existing agreement became effective more than 15 years ago. There is a need today to go further in cutting customs tariffs and offering our companies more and better opportunities to provide services, participate in public tenders or invest. The relation between trade, sustainable development and human rights also need to be better addressed.

Today’s launch of the negotiations follows months of preparations on the Commission side, including consultations with stakeholders, analysis of various options for strengthening the EU-Mexican relationship, and assessment of their potential impacts. Preliminary talks between the EU and Mexico with a purpose to test ideas for the scope and level of ambition of a new agreement confirmed the interest and strong commitment on both sides to engage in such negotiations as soon as possible.

Mexico is one of the 10 strategic partners of the EU. It was one of the first countries with which the European Communities established diplomatic relations over 50 years ago and the first country in Latin America to sign an agreement for an economic partnership, political coordination and cooperation with the EU. In addition to the political dialogue and cooperation, the so called ‘Global Agreement’ provided for liberalisation of trade in goods, as well as some services and public procurement openings.

In addition to the strong bilateral trade relations, the EU and Mexico cooperate in various international fora, including the G20 and the Organisation for Economic Co-operation and Development (OECD). 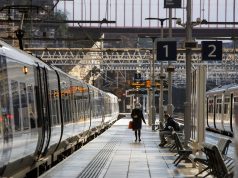