A Wirral man has been handed a community order and hit with a heavy fine after being found guilty of a fly-tipping offence which took place in St Helens last year.

Between 25-27 September, 2017, Shaun Anthony Lay, 30, of Pleasington Close, Wirral, was spotted depositing large amounts of suspected asbestos sheeting on the site of the former Royal British Legion in Thatto Heath by local residents who reported the offence to the local authority.

Having used a rental van to carry out the offence, Lay was soon identified as the culprit and interviewed by St Helens Councils Environmental Warden team as part of a criminal investigation, during which he exercised his right to remain silent.

Despite his silence the case was put before the courts in late June this year, and Lay was found guilty of three counts of depositing controlled waste without the authority of an environmental permit – Section 33(1)(a) of the Environmental Protection Act 1990 – and also found guilty on a further three counts of the disposal of a controlled waste in a manner likely to cause pollution to the environment or harm to human health – Section 33 (1)(c) of the Environmental Protection Act 1990.

Passing sentence earlier this month (July), the judge imposed a 200 hour community service on Lay, ordered him to pay a £85 victim surcharge – and awarded full costs of £2,425.

Welcoming the result, St Helens Council’s Cabinet Member for Better Neighbourhoods, Councillor Lynn Clarke, said: “Any fly-tipping offence is a selfish act but this particular case stands out because of the potential health implications it could have had on the community.

“The council will always actively pursue and seek to prosecute fly-tipping offenders to ensure our residents can live in neighbourhoods they can be proud of.

“However, in this case, a huge amount of credit deserves to go to the local residents who were influential in supplying the evidence needed in order for justice to be served – and I would encourage other communities around the borough to stand up to this type of behaviour by reporting any incidents they witness to us so that the appropriate action can be taken.”

Alternatively, residents can report fly-tipping on the council’s free mobile app which can be found by searching ‘St Helens Council’ in your app store. 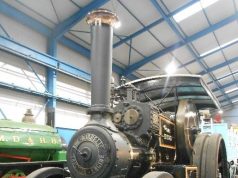 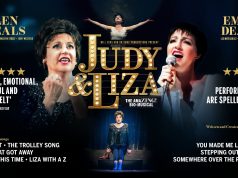