Public Health England (PHE)’s latest English Surveillance Programme for Antimicrobial Utilisation and Resistance (ESPAUR) report shows that there were an estimated 61,000 antibiotic resistant infections in England during 2018 – a 9% rise from 2017.

The Keep Antibiotics Working campaign is back to alert the public to the risks of antibiotic resistance, urging people to always take their doctor, pharmacist or nurse’s advice on antibiotics.

Antibiotics are essential to treat serious bacterial infections such as pneumonia, meningitis and sepsis. They also help to ward off infections during chemotherapy, caesarean sections and other surgeries.

However, while antibiotics are vital to treating life-threatening infections, they are frequently being used to treat less serious illnesses such as coughs, earache and sore throats that can get better by themselves.

Taking antibiotics encourages harmful bacteria that live inside you to become resistant, meaning that antibiotics may not work when they are really needed.

When an infection – such as a urinary tract infection (UTI) or skin infection – doesn’t respond to an antibiotic, it has the potential to cause serious complications, including bloodstream infections and hospitalisation.

The threat of antibiotic resistance continues to grow and the ESPAUR report shows that antibiotic-resistant bloodstream infections – which can be very serious – rose by a third (32%) between 2014 and 2018.

As well as urging the public to always take their doctor’s, pharmacist’s or nurse’s advice on antibiotics, the Keep Antibiotics Working campaign provides effective self-care advice to help people and their families feel better if they are not prescribed antibiotics. The campaign includes TV, radio and digital advertising.

“We want the public to join us in tackling antibiotic resistance by listening to your GP, pharmacist or nurse’s advice and only taking antibiotics when necessary.

“Taking antibiotics when you don’t need them is not a harmless act – it can have grave consequences for you and your family’s health, now and in the future.

“It’s worrying that more infections are becoming resistant to these life-saving medicines, and we must act now to preserve antibiotics for when we really need them.”

There is no evidence that reduced antibiotic use in primary case has led to more people being admitted to hospital with serious infections.

“We have seen positive steps taken to reduce antibiotic use without affecting people’s recovery when they are unwell, and GPs should be congratulated in their ongoing work to reduce unnecessary antibiotic use.”

“Antibiotics are one of the most powerful tools we have against infection. Resistance to these drugs therefore places much of modern medicine in jeopardy. A key component of our response to this problem is to ensure people use antibiotics appropriately.

“The decrease in consumption of antibiotics is good news but the rise in resistant infections shows the threat is increasing and so there is more to be done.

“Antibiotic resistance is not just a matter for clinicians – the public also have a crucial role to play in helping to preserve these vital medicines.”

“Antibiotics can be lifesaving drugs, but when bacteria become resistant to them – as they increasingly are – they will cease to work, and in many cases we will then have no viable therapeutic alternative, which could be disastrous for the patients affected.

“GPs are already doing a good job at reducing antibiotics prescribing, but it can’t be our responsibility alone – we need the public to understand that antibiotics are neither a cure nor an appropriate treatment for many minor self-limiting conditions and viral infections, and if a GP advises against antibiotics, they are doing their best for the patient’s own good, and that of wider society.” 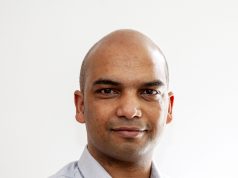 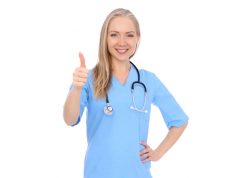