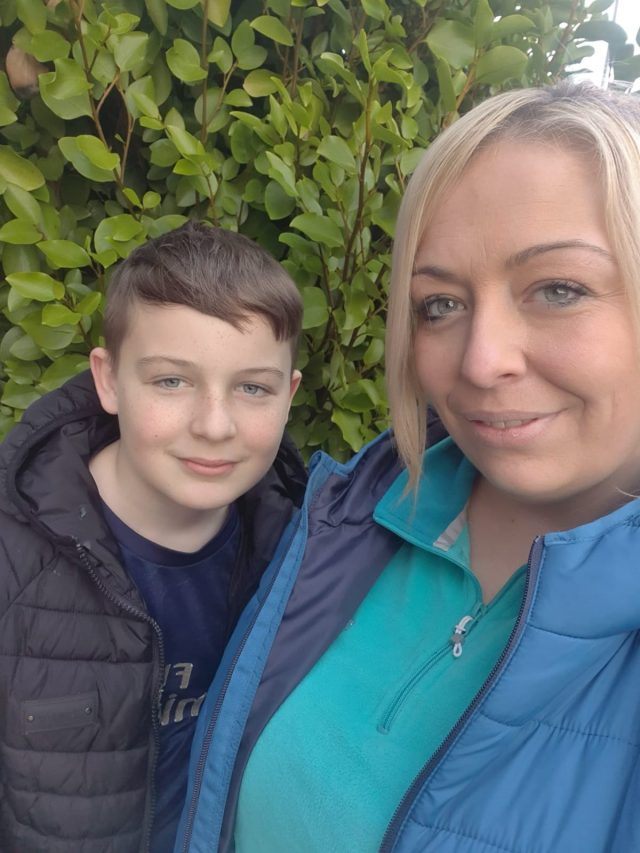 The Royal Albert Edward Infirmary in Wigan has been handed a timely boost of equipment thanks to a local football manager and her young team’s fundraising efforts, amounting to more than £1,500 for the hospital’s Intensive Care Unit (ICU).

Andrea Baker, manager of Highfield Grange Vipers, has taken on a 40-mile walking challenge to help raise money for Wrightington, Wigan and Leigh Teaching Hospitals NHS Foundation Trust’s ICU, where her Dad, Joe Ward, has been a patient for more than 14 weeks.

Joe’s battle with Covid-19 has inspired Andrea, but it was 10-year-old Billy, a member of her team, who came up with the idea of walking to raise money to buy equipment such as iPads to help patients communicate with their loved ones.

“Our football club has always been about helping our community, but when Billy came to me to suggest raising money for the staff that have been looking after my Dad, I was really quite overwhelmed.

“I turn 40 in February, so that’s the reason for the 40 miles, but my Dad has been suggesting we up it to 62 miles for his age instead.

“We’ve been communicating with my Dad on a phone we bought for him when he was first admitted to hospital, so now we want to raise money to make sure other patients have the technology to keep in touch with their families, just in case they can’t afford it themselves.

“I’ve already bought some items, including some silicone stress balls to help people with their rehab, some ring lights to make it easier for patients to see when they are making video calls, and some treats for the staff on the ward – they go above and beyond for their patients and they deserve some kind of thanks from us as a family.”

Carrying out a fundraising effort like this has produced its logistical challenges, but Andrea has made sure her team can still be involved, despite the current restrictions and insists that they will do everything possible to support the hospital.

“Everything we’ve done so far has been in line with the Covid-19 guidelines, and given my Dad’s experience with the virus, we know all too well just how dangerous it can be.

Proud of her son’s idea and his desire to help Andrea raise money for the ICU, Billy’s Mum, Vicki, explained just why he is so keen to help out.

“Billy has been fundraising since he was six-years-old. When my husband passed away four years ago, helping others was one of the ways we both dealt with our loss.

“When we found out about Joe’s fight with Covid, it was something very close to home because we have lost three family members to the virus and we know just how hard it can be.

“Billy has always told me that we should never give up on people and that we’ve got to keep positive, so that’s what we’re all doing for Joe and for the staff at the hospital.”

Leanne Ward, an Operating Department Practitioner who has helped with Joe’s treatment, added:

“The pandemic has been the most challenging time of my life, personally and professionally. Knowing that people like Andrea want to show their support in this way has given us all a little boost at a time that we need it most.”