The name of world war two soldier Private Sidney Turner, who was killed in action in North Africa, will be added to a local War Memorial.

The work will be carried out after Lathom and Burscough Branch of the Royal British Legion asked West Lancashire Borough Council to add Private Turner’s name to the area’s war memorial.

Branch members told the authority Private Turner was born on the 30 June 1915 and lived his early life in Square Lane, Burscough.  His mother Ruth, died in 1928 and his father David in 1936. In later life, possibly after his parents had died, he lived with his sister Hilda in Ravenscroft Avenue, Ormskirk.

He enlisted in May 1940 into the Kings Own Territorial Army and was on active service in Tunisia, North Africa. According to official records he was killed in action, on 28 November 1942. He is buried alongside his family at St John the Baptist Church in Burscough.

Under its protocol for war memorials the Council has to hold a public consultation when it is suggested a name is added to a war memorial.

Groups and individuals came forward in support of having Private Turner’s name on Lathom and Burscough War Memorial. The Council has listened to their comments and the name will be carved alongside others who lost their lives in the World Wars.

John Harrison, Director of Development and Regeneration, said: “The Council understands it is very important to properly remember the fallen service men and women who have given their lives serving their country. In doing so we want to make sure that the existing names honoured on our war memorial are correct.

“We are very grateful to all those who took part in the consultation. We have listened to their views and Private Turner’s name will now be added to the memorial in the next few months.”

For more information on war memorials in West Lancashire please visit www.westlancs.gov.uk/heritage and click on the war memorials link.

Proposals to Open Recycling Centres in Skelmersdale and Burscough 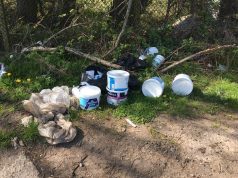 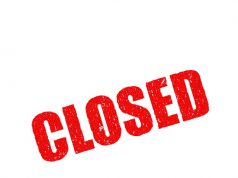 Leisure centres have been closed