Working women are most likely to be bearing the health risks from coronavirus by being key workers, while young people and the low-paid are most likely to work in sectors of the economy that have been shutdown, according to a new report published today (Tuesday) by the Resolution Foundation.

While the current economic crisis is affecting everyone across the country, the report – Risky business – focuses on who is most likely to face health risks by continuing to work in jobs where complete social distancing is not always possible, and who faces the economic risk of not working at all from their firm operating in a shutdown sector of the economy.

Risky business also identifies 6.3 million workers in sectors of the economy that have been ordered to shutdown, such as hospitality, non-food and pharmaceutical retail, arts, travel and leisure. These workers are likely to face a huge risk of redundancy or furloughing, though workers in many other sectors are also facing these threats.

Jobs in shutdown parts of the economy are lower paid than average. One-in-four of the lowest 10 per cent for earners work in these sectors, compared to less than one-in-20 of the highest paid workers.

The Foundation says that the impact of the current economic crisis is likely to play out very differently across generations, just as the last crisis did. While older millennials (those born in the late 1980s) were hardest hit by the aftermath of the financial crisis, younger millennials (born in the late 1990s) are likely to find themselves hardest hit by the current crisis.

Risky business notes that one of the other big challenges facing many workers today is combining work with home schooling young children – a challenge most likely to be borne by the oldest millennial cohort, who were born in the early 1980s.

The report finds that almost three in five of those born in the early 1980s also have children under the age of nine. This means that those most likely to be facing additional pressures from school closures are those who suffered the biggest pay squeeze after the last crisis, says the Foundation.

The Foundation says that while almost every worker has been affected by the current crisis in some way, some have been more directly affected than others – and those workers are disproportionately likely to be women, young and low-paid.

As the Government prepares its response to the next phase of the crisis – from reopening parts of the economy to dealing with rising unemployment as its job retention scheme is phased out – these groups must at the forefront of Ministers’ minds.

“The current crisis has affected almost every worker across the country – from having to work from home to risking infection at work or losing your livelihood altogether.

“But women, young people and the low paid are most likely to bearing the biggest health and economic risks from the crisis, which has shone a spotlight on the vitality of work that has been under-valued and under-paid for far too long.

“That focus needs to be maintained as the Government aims to steer the economy towards recovery – which will mean a welcome move back to work for some, but a move from furloughing to unemployment for others. It is vital that policy focuses, and stays focused, on supporting those who have been at the epicentre of the current crisis.” 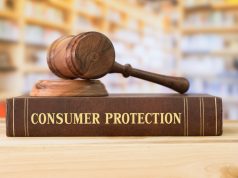 New subsidy system to support UK jobs and businesses, boost the economy and strengthen the union