A Skelmersdale woman was jailed for breaching an Anti-Social Behaviour Injunction (ASBI) which banned her from a large area of Old Skelmersdale.

In May 2016 Wigan County Court granted the injunction against Kerry Hayes, aged 46, after she had carried out anti-social behaviour in the Aspen Way area of Old Skelmersdale for a number of months. At the time West Lancashire Borough Council  obtained statements from Aspen Way residents who reported that they were regularly disturbed by Ms Hayes and her associates at all hours of the day and night.

The order which prohibited Ms Hayes, formerly of Acregate, Digmoor, from entering the neighbourhood of Chapel House and Pennylands, Old Skelmersdale, was put in force to last until 4pm on Monday 12 May 2018.

The order made it clear that Ms Hayes, who now lives in Geneva Road, Liverpool, could be sent to prison if it was breached. But despite this, she was found by Police in the prohibited area three times in just over two weeks.

The first two occasions were on 24 October 2017 and 25 October 2017. She was arrested both times and the Police alerted West Lancashire Borough Council to enable the authority to take action against her for breaching the ASBI.

At Wigan County Court on 26 October 2017 she was given a 28-day prison sentence, suspended on the condition that she kept to the terms of the ASBI.

Then on 9 November 2017 Hayes was found by the Police inside the prohibited area again and she was arrested. The following day Preston County Court found that she had breached the terms of the ASBI and the order of 26 October 2017. She was subsequently sentenced to 42 days in prison.

Councillor Kevin Wright, West Lancashire Borough Council portfolio holder for Community Safety, said: “Ms Hayes’ anti-social behaviour upset people living in this area and the Council took legal action to prevent her entering the area for two years. Breaching an Anti-Social Behaviour Injunction is a serious offence and the action taken by the Council, with help from the Police, shows how seriously we take our role in protecting our communities.”

Dave Tilleray, West Lancashire Community Safety Partnership chairman, said: “This case shows how the Council and the Police work together to tackle criminal and anti-social behaviour, as we understand how it causes disturbance and distress to neighbours.”

Councillor Jenny Forshaw, portfolio holder for Housing, said: “We hope this action will help our tenants and other local residents feel safer and more confident living in their area.”

People should contact the Police on 999 in emergencies, 101 for non-emergencies or Crime Stoppers on 0800 555 111 if they think they have witnessed Hayes breaching the Injunction.   They can also report alleged breaches to West Lancashire Borough Council’s Anti-Social Behaviour Unit on 01695 566355. 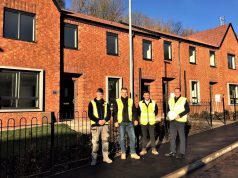 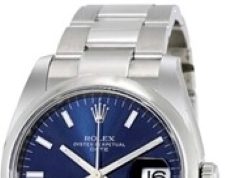