The case relates to County Antrim mother-of-four Siobhan McLaughlin. When her partner John died after 23 years together, she was not eligible for Widowed Parent’s Allowance to help her raise their children, because she and John had not married.

The Childhood Bereavement Network, part of the National Children’s Bureau (NCB), and the Child Poverty Action Group submitted evidence and legal arguments to the court, including evidence from the experience of benefits advisers, that many parents don’t realise the situation until it’s too late.

“We are delighted with the Supreme Court’s decision. Grieving children are deserving of support, whether their parents were married or not.

“Parents make the same National Insurance contributions whether they are married or cohabiting. But at the moment, if one of them dies, their contributions only entitle their partner and children to bereavement support if the couple were married. The Court’s judgement is that this is incompatible with human rights law. We urge Parliament to amend the relevant legislation as quickly as possible, and to clarify the position for those parents who were previously deemed ineligible because of their marital status.

“We pay tribute to Siobhan for having the courage to bring this test case and improve the situation for thousands of grieving children and their surviving parents. While she brought her case in Northern Ireland, it has implications for the rest of the UK where the wording of the eligibility criteria is the same. If current policy is in breach of the Human Rights Act in Northern Ireland, it must be in breach in the rest of the UK too.

“We estimate that every year, over 2,000 families like Siobhan’s face the double hit of one parent dying, and the other parent realising that they and the children are not eligible for bereavement benefits. And with cohabiting couples the fastest growing family type in the UK, the problem would only have got worse. On average, a cohabiting parent earning £10,000 a year lost out by over £15,000 over the children’s childhood if their partner died and they couldn’t claim Widowed Parent’s Allowance.

“Widowed Parents Allowance was replaced in April 2017 with Bereavement Support Payment, but cohabiting parents are still ineligible for this new benefit. The Supreme Court has today established a principle that bereaved children shouldn’t be disadvantaged because their parents weren’t married. We call on Parliament to see the way the wind is blowing, and to apply this principle as soon as possible to the new benefit, in line with recommendations made over two years ago by the House of Commons Work and Pensions Select Committee. Otherwise, another bereaved family like Siobhan’s will have to bring a test case, putting themselves through the gruelling emotional and practical challenges of coming to court.

“Each day that Parliament delays, another five grieving parents and their children will fall foul of this injustice.”

Evidence from the experience of benefits advisers submitted by NCB revealed that many parents in the UK don’t realise the situation until it’s too late. More than a quarter of deaths are sudden and even when a parent is expected to die, they may be too ill to get married. Over half of couples who live together wrongly believe that cohabiting for some time brings them the same legal rights as if they were married. This lack of awareness is partly because the means-tested benefits and tax credit systems treat couples as one unit whether they are married or not. These inconsistencies in our social security system help keep the myth of common-law marriage alive.

“The Supreme Court’s judgment clearly establishes that the eligibility criteria for the Widowed Parent’s Allowance is incompatible with the law. The Government must now move swiftly to apply the principle and ensure that all children who experience the death of a parent are supported financially on the same basis as children whose parents are married.

“Justice also requires the government to clarify the position for families who were previously deemed ineligible for Widowed Parent’s Allowance and confirm that the principles outlined in the court’s judgment will be carried through to the new benefit for grieving families.

“The court’s judgement is very clear on this – children’s needs are the same, parent’s responsibilities to their children are not altered and a family’s financial loss on the death of a parent is no less when parents are not married. Never again should a bereaved child be denied basic support on the basis of their parents’ marital status.”

CPAG’s legal submissions to the Supreme Court focused on how the interests and rights of children relate to a benefit which, although paid to the parent, is intended to support the welfare of the bereaved children. The needs of those children are the same irrespective of the marital status of their parents. As such, CPAG argued that the eligibility criteria for WPA is discriminatory and cannot be justified given that it conflicts with the UK’s international human rights obligations.

“This is a hugely important case which will have a major impact on great number of families across the UK. With cohabitation on the rise, the issue as to whether unmarried parents should be able to access vital financial support following the death of a partner is clearly a vital one, and the NCB are delighted that the Supreme Court have today recognised that children should not suffer a disadvantage just because their parents chose not to marry.”

Similarly, CPAG was able to intervene due to the pro-bono assistance of Herbert Smith Freehills together with pro-bono representation provided by Helen Mountfield QC of Matrix Chambers and Tom Royston of Garden Court North. 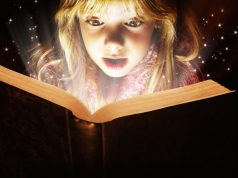 How to turn your child into a bookworm this summer 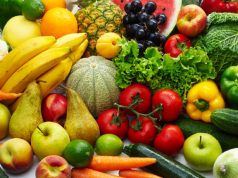 Boost in activities and food pledged to support children 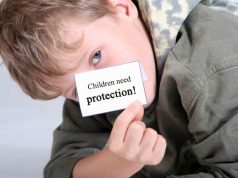