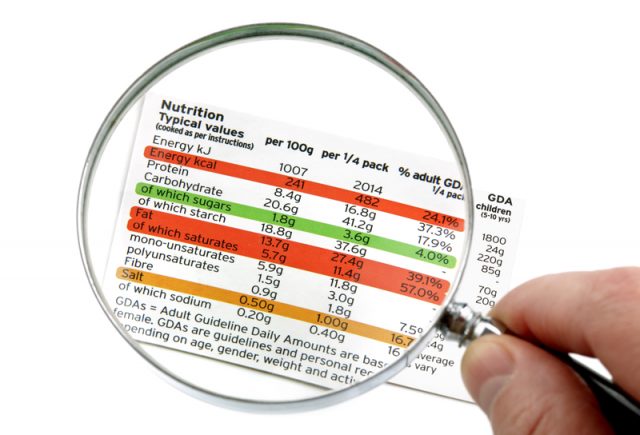 Which? is calling for mandatory standardised front-of-pack traffic light nutrition labelling as it finds pre-packaged foods such as quiche, chocolate and halloumi are baffling consumers with unrealistic, inconsistent and unclear portion sizes – leaving many none the wiser about whether they are eating a healthy amount.

The consumer champion looked at almost 40 food products and repeatedly found conflicting portion size guidance on the packaging – sometimes even within the same product. This makes it very difficult for consumers to have a clear idea of what a portion size should look like and whether or not they are helping themselves to the right amount.

A recommended portion of Dairy Milk chocolate depends on the size of the bar. A small 45g bar counts as a single portion, but in a larger 200g bar the suggested serving is 25g. To add further confusion, the packaging on a 360g bar suggests a single serving is 30g.

When Which? spoke to a panel of consumers, two in five people (39%) said they had eaten more than a quarter of a 200g bar – double the recommended portion size.

Which? also looked at a 400g Higgidy quiche, which has a recommended portion size per person of 100g. However, a single-serve Higgidy quiche weighs 155g – more than 50 per cent extra.

When Which? asked the panel how many portions the 400g quiche contained, more people thought it was two portions rather than the recommended four stated on the packaging.

It was not just inconsistent labelling, but also a lack of clarity that baffled people, as many do not notice the portion recommendations, let alone weigh out their food before eating it.

Which? included a block of halloumi in the research and found that out of the 1,170 people asked, only one correctly said that a block of halloumi (225g) is seven portions – most people thought it was two or four and almost all respondents said less than six.

While a recommended serving of Pringles is just 14 crisps (30g), over a quarter (28%) of respondents told Which? they had regularly eaten more than a quarter of a 200g tube and when it came to Cadbury Chocolate Fingers, nine in 10 (92%) people had no idea a portion was only four.

Evidence shows that larger portions and packs encourage people to eat more. When most people look at a product they tend to think of it as one serving, regardless of the serving or size of the pack – a phenomenon known as ‘unit bias’.

This is exacerbated by some pack sizes not reflecting recommended portion sizes. A Naked Lean watermelon and raspberry smoothie comes in a 360ml bottle. The recommended serving, according to Public Health England is 150ml, which means the bottle contains 2.4 servings – leaving 0.4 left over if it is shared between two people.

In the survey, almost a quarter (23%) thought a 360ml bottle of Naked smoothie was one portion.

This was despite two in five (38%) people correctly identifying a portion of juice as 150ml.

The consumer champion also found that most people are likely to serve themselves more cereal than the recommended amount – on average, volunteers served themselves 63 per cent more than the suggested portion.

Fruit and Fibre most commonly exceeded the recommended portion size – instead of 40g, the average served in Which?’s experiment was 90g. One person poured 110g, which is almost four times as much as the amount suggested on the box.

Oats and pre-measured cereals such as Weetabix, where two biscuits is the recommended portion, were much more likely to be adhered to.

Nutrition information is often given per 100g or 100ml on the back of the packet. Manufacturers will then also display recommended serving size, usually displayed on the front-of-pack with corresponding traffic light labelling.

While this is a helpful tool, it is voluntary and currently only works if consumers stick to the recommended serving size – which might not be right for everyone.

Which? believes consumers would be far better served if all manufacturers used the traffic light nutrition labelling scheme, which shows whether levels of sugar, salt and fat are high, medium or low using red, amber and green traffic light colours, based on a standard 100g amount. This would make it easier to compare across products, regardless of the portion size suggested.

Which? is calling for legislation that makes front-of-pack traffic light labelling mandatory as part of an approach based on high food standards, clear information for consumers, and aimed at boosting the nation’s health and well-being.

Which? will also be sharing these findings along with wider consumer research with the UK government and devolved administrations who are currently consulting on front-of-pack nutrition labels.

“It’s a real worry that important nutritional information on some of the nation’s favourite foods relies so heavily on unrealistic portion sizes stated by the manufacturer which risk misleading consumers into eating more than they should.

“Which? is calling for a front-of-pack standard traffic light labelling system to be made mandatory. This has been proven to help people make healthier food choices and lets them easily compare at a glance how much sugar, salt and fat a product contains leaving it up to them to decide what’s right for them.” 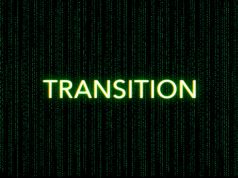 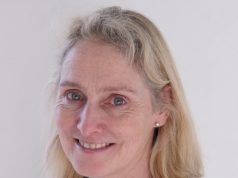