A shocking new report today reveals that every day in England up to 690 children are at risk of domestic violence – the equivalent of over 25,000 children during the General Election period alone.

The new Action for Children analysis, based on official figures from the Department for Education, comes as the fate of landmark legislation once again hangs in the balance because of the chaos surrounding Brexit. The Domestic Abuse Bill has fallen twice as it passed through parliament to become law – firstly due to the government’s ill-fated Prorogation attempt and now because of the General Election.

With evidence showing many cases go unreported, the numbers revealed today are likely to be just the tip of the iceberg. And Action for Children’s report also reveals many children facing domestic abuse are living at the mercy of a ‘postcode lottery’ without the support they need from specialist services. The charity worked on an investigation with the University of Stirling into domestic abuse services across England and Wales, including in-depth interviews with representatives from 30 councils. This showed:

The Domestic Abuse Bill was drawn up with the advice of charities, experts and survivors – and with children across the country going without the help they need, Action for Children is urging all parties to commit to bringing back a similar bill to Parliament after the Election.

Action for Children’s chief executive, Julie Bentley, said: “Leave or Remain, our politicians must not allow children living in the terrifying shadow of domestic abuse to become part of the collateral damage of Brexit.

“Every day our frontline workers see the emotional scars of domestic abuse on children. From nightmares, flashbacks and bed-wetting to depression, or even wanting to end their lives, the effects can last a lifetime. Too many are facing these horrors unnoticed or without the right help, and we have to recognise these children for what they are – victims, not just witnesses.

Case study: Mum *Phoebe moved to Lancaster to start a new life with her family after five years of domestic abuse which had a devastating and lasting effect on her children.

It was when Phoebe fell pregnant with *Henry that the emotional abuse started, including demands from her now ex-husband for money for alcohol, as well as constant criticising. Phoebe recalls: “While I was visiting my mum, my two girls did something he didn’t like and he put them out into the back garden in the rain with the dog and wouldn’t allow them any meals.”

As the months went by, the abuse also became physical. Of the worst and final incident, she says: “I didn’t see the rolling pin. I don’t remember what happened for him to raise it to my head. I just remember protecting myself and screaming for my girls to phone the police. I managed to stay conscious and reach for my phone to call them. He was still hitting me when *Rosie walked in and I believe if she hadn’t, I wouldn’t be here now. All the children woke and were screaming. I shouted for them to barricade themselves in the bedroom until the police arrived.” Phoebe was hit around 30 times to the face and body.

Life was never the same again for the family and the children were offered little outside support. They only felt safe enough to return home after the police had installed security cameras, and the children insisted on sleeping in their mum’s room. There were huge long-term impacts too. Rosie self-harmed, had suicidal thoughts and developed an eating disorder, and *Annie had a breakdown at university. Five years after the attack, Phoebe moved to a different town and her ex-husband applied to resume contact with Henry. When Henry found out that his father wanted to see him again, he began to have night terrors, soil himself, and display aggressive behaviour at school.

It was then that he received support from Action for Children, who helped him to identify safe and unsafe situations and develop coping strategies for his anxiety and aggression. Henry who’s now 10 years old said: “I didn’t feel safe knowing that he knew where we lived. This used to make me angry and I didn’t know any ways to control it. When I feel angry now, I think about ways that I can try and stop myself from reacting in a bad way, like taking some deep breaths. It makes me feel a lot happier and it motivates me.”

Phoebe says: “He’s sort of bloomed, like a little flower. I was in floods of tears when his teacher was saying how much he’d changed. I do believe that Rosie and Annie wouldn’t have had such terrible problems if they’d had some help too.” 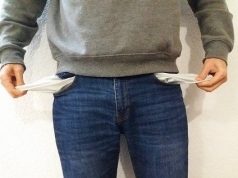 A tenth of 14-year olds blighted by poverty 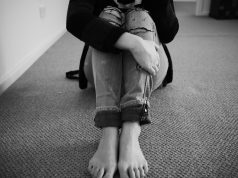