New statistics released last week reveal that British businesses are benefiting from the increased ability to trade freely with Canada.

New statistics released last week reveal that British businesses are already benefiting from the ability to trade freely with Canada without paying any duties at Canadian customs.

UK exports of goods to Canada have increased by 13.7% to £6.15 billion in the last 12 months since a new free trade agreement was introduced.

The growth in exports coincides with the provisional implementation of the EU-Canada Comprehensive Economic and Trade Agreement (CETA) in September 2017.

It is a significant increase when compared to the 5 years prior to the agreement being introduced, which saw annual trade increase by an average of just 3.9%.

CETA is one of the most extensive EU free trade agreements to date and removes 98% of export duties that are currently in place.

The food and drink industry was previously subject to tariffs of up to 11% but these have now been reduced to zero in most cases.

Meanwhile, auto tariffs are being reduced from 6.1% down to zero over several years so the British motor industry is expected to benefit even more in the years ahead.

A significant proportion of UK exports pass through Liverpool Port, which account for 77% meat exports and 47% of wine exports. The city is a major gateway to Canada thanks to its strategic location and its importance is expected to grow even further as a result to a £400 million expansion project.

“The rapid growth in UK exports to Canada is great news for British people, who are already seeing how our free trade agenda can help to create jobs, boost economic growth and provide more choice for consumers.”

“CETA is one of the most ambitious free trade agreements and it will eliminate almost every tariff on goods between our two nations, giving a boost to a range of British businesses from our motor industry to our brewers and distillers.”

“We are committed to transitioning this deal into UK law after we leave the EU and the Department for International Trade is on hand to help even more British businesses establish a strong foothold in the Canadian market.”

CETA was formally ratified by the UK last month and has the potential to boost UK GDP by hundreds of millions of pounds in the long-run and create jobs for British and Canadian workers. It has so far been ratified by 12 countries and it will come fully into force once all EU members have ratified it.

The UK and Canadian Prime Ministers have both committed to seeking to seamlessly transition CETA into a bilateral deal that will allow UK and Canadian companies to enjoy as free and frictionless trade as possible after the UK leaves the European Union. 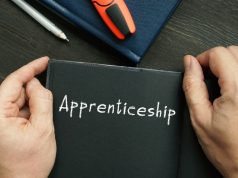 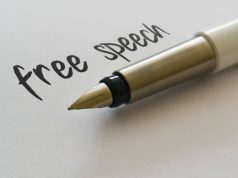 Universities to comply with free speech duties or face sanctions 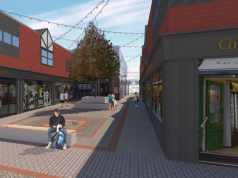