The UK has committed to leading the fight against tuberculosis (TB), one of the world’s deadliest diseases, through funding research into three new treatments.

Scientists and health workers in developing countries are constantly battling to combat this leading killer infectious disease, with mortality rates being higher in low income countries such as Mozambique and the Central African Republic.

This latest support for the TB Alliance will help develop new, safer drugs for the disease, which last year infected 10 million people.

Speaking after a high-level meeting on TB at UNGA yesterday Ms Mordaunt said:

“TB is the biggest killer among infectious diseases globally. The UK is already leading the way to tackle TB through investment in research and development. UK aid will help develop three new TB drugs, which offer quicker-acting treatments for the millions of people affected by drug-resistant TB each year.

“The work of our expert scientists is bolstering our efforts to ensure we can tackle these diseases that do not respect borders. It is a win for the UK and a win for the developing world.”

The UK government has been clear this research alone is not enough to meet the Global Goal target to end TB by 2030. That is why Heads of State will meet at the high-level meeting at UNGA to sign a political declaration, signalling a step-change in the international leadership and commitments necessary to drive progress on fighting TB.

DFID has also supported Aeras, a non-profit organisation working with GSK and other partners, to develop and test a new TB vaccine. Early results show the number of HIV-negative people developing TB was reduced by about half.

Yesterday the University of Oxford also announced its team of scientists and global experts have led a major breakthrough in the understanding of TB’s genetic code. Their research has the potential to shape how TB is diagnosed in the future to make sure the right drugs are prescribed.

“This is a new exciting era for TB diagnostics. These advances will soon mean those suffering with TB can get individual treatment that is right for them to help them fight the disease, moving beyond treating patients on a “best guess” basis.” 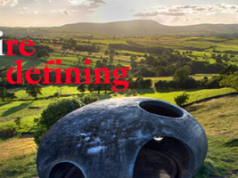