It is possible for the UK stop its contribution to climate change by 2045 but urgent action and a greater ambition are needed to achieve this, according to a new report released today by WWF.

It shows the UK can achieve “net zero” emissions by 2045 if it cuts emissions from power, transport and buildings deeper and faster, and continues trends towards reduced red and processed meat consumption. The UK must also continue international collaboration on areas such as aviation. Net zero is defined in the report as cutting our greenhouse gas emissions to as little as possible and then balancing the remainder by, for example, planting trees which absorb carbon dioxide from the atmosphere.

WWF’s recent Living Planet Report 2018 revealed that wildlife populations have fallen on average by 60% since 1970, and identifies climate change as a growing threat to nature. The Intergovernmental Panel on Climate Change (IPCC) also recently found that the impacts of climate change on nature and people could be irreversible if the planet warms more than 1.5 degrees.

Cutting the UK’s emissions to net zero within the next three decades is an opportunity for the UK government to continue to show global leadership on tackling climate change, uniting nations to protect future generations, restore nature, and enable us to live within planetary boundaries. The UK government has already taken the welcome step of asking the Committee on Climate Change for advice on what achieving net zero could look like.

The new report, written by and based on modelling by Vivid Economics, comes as the UK celebrates 10 years of the world-leading Climate Change Act, and shows:

“Climate change is threatening life on our planet, and the time for action is now. The good news is, we now know that what needs to be done, can be done. Cutting the UK’s emissions by 2045 is an opportunity for the UK to show global leadership on tackling climate change.

“But the UK cannot fight for our world alone. We need a global deal for nature, to unite action for climate, nature and people. We must take the first step towards this by committing to end our contribution to climate change as soon as possible. Our report shows that we can do this by 2045.”

Ed Matthew, Coordinator of the Net-Zero Campaign for The Climate Coalition, said:

“The IPCC, the United Nations climate change experts, recently stated that to prevent the most catastrophic climate change the whole world must be zero carbon by 2050. This report is a beacon of hope because it provides robust, independent evidence showing that the UK can reach net-zero emissions by 2045.  There is a pathway for total de-carbonisation which is feasible, fast and packed full of economic opportunity. If the UK Government commits to this goal, we can inspire the world to follow.”

International flights cause 95 percent of aviation emissions attributed to the UK. The reduction of emissions in aviation is difficult, but not impossible through international action such as reductions in the number of flights, and an acceleration in innovation. 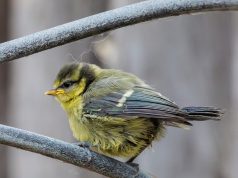