New figures confirm exports of UK goods and services at a record high.

With one year to go until the UK’s departure from the European Union, new trade figures released (Thursday, 29 March) reveal exports of UK goods and services is at a record high.

UK exporters received a significant boost as the latest figures confirm global demand for UK goods and services is growing.

Data released from the Office for National Statistics shows in 2017, UK goods and services exports increased faster than imports – up 12.1% and 9.3%.

A drive in goods exports – up 13.4% – was due largely to demand for manufactured goods, and a rise in services exports – up 10.7% – was mainly driven for demand in UK business services. As a result the trade deficit narrowed significantly by £12.1 billion to £28.6 billion from £40.7 billion.

“More than one year on since the EU referendum, there are strong reasons for the UK to be optimistic. UK exports of goods and services have increased over the year and the UK deficit on trade in goods and services narrowed significantly.

“It’s clear evidence that UK companies are succeeding on the world stage, and as an international economic department we are banging the drum for the growing demand for our goods and services.”

The Department for International Trade

Statistics from the Department for International Trade (DIT) show that the UK attracted more foreign direct investment projects than ever before (year 2016 to 2017). With more than 2,200 projects recorded, the post-referendum figures show an increase of 2% on the previous year. This means more than 75,000 new jobs were created, and 32,600 safeguarded, amounting to over 2,000 jobs per week across the country.

Through great.gov.uk, the department gives UK businesses access to millions of pounds’ worth of potential overseas business. It also puts firms in touch with global buyers and since its launch it has promoted 11,400 export opportunities, and helped around 2.7 million users either begin or grow their exporting journeys.

Working to promote the UK to great trading nation, DIT has set up 14 working groups across 21 countries to strike trade deals and strengthen commercial ties with key trading partners. 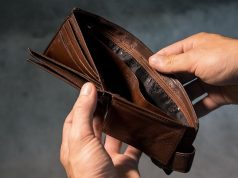