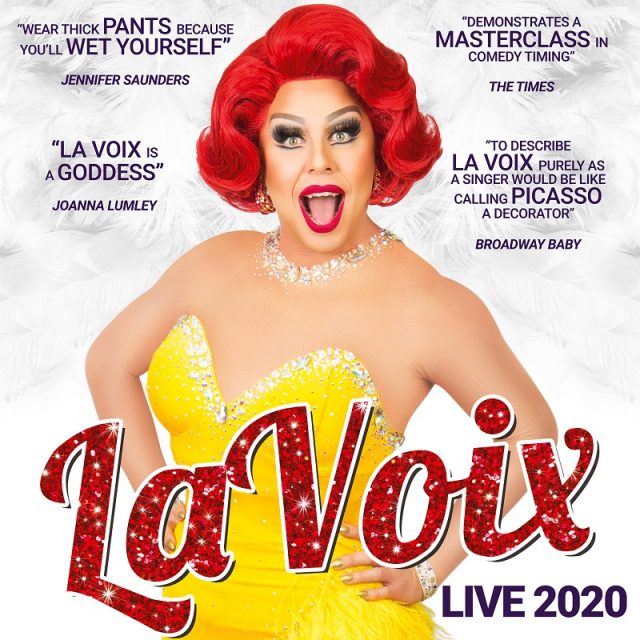 Star of Ab Fab The Movie and Britain’s Got Talent semi-finalist, La Voix comes to The Epstein Theatre Liverpool on Saturday 28 March with her amazing new show: ‘The UK’s Funniest Red Head’.

The diva’s visit to Liverpool is part of her 30 venue UK tour for 2020 and features an impressive new repertoire of songs and gags and no less than 8 stunning new gowns.

Described in The Protagonist magazine as a performer of ‘great calibre, with frocks, make-up and marabou’, an evening with La Voix is a roll-call of les grandes dames of showbiz including Dame Shirley Bassey, Judy Garland, Tina Turner and Liza Minnelli. With the merest flick of an eyebrow or a jut of the chin, La Voix transforms into the stars of yesteryear, disappearing into character as her voice soars in imitation.

La Voix’s effortless vocal performances are interspersed with a razor-sharp wit, bringing audiences to their feet time and time again, whistling for more at every show. As Jennifer Saunders once cautioned: “Wear thick pants because you’ll wet yourself laughing” while Broadway Baby wrote: “La Voix’s patter is lightning fast and stomach-punchingly funny.”

La Voix’s unique act has caught the imagination of theatre goers and fellow performers across the globe. When the feisty, flame-haired phenomenon is not giving it out on her hilarious talk show on BBC Radio Three Counties, she’s busy performing for the royal, rich and the famous. She has twice entertained Princes William and Harry at their New Year’s Eve party, and earlier this year, she topped the bill at Sir Ian McKellan’s 80th birthday bash when she was lavishly commended by the knight of the realm who said: “La Voix’s impersonations are surpassed only by her own cheekily entertaining personality. A genuine one-off!”

In between tour dates La Voix will be resident for a season on P&O Cruises’ Britannia as well as at The Limelight Club on its new flagship Iona – Britain’s most contemporary ship launching next May. The Limelight Club is a supper club combining fine dining with comedy, singing, acting and one man shows from many celebrity names.

Josh Rowe, Assistant Manager at The Epstein Theatre said: “We can’t wait to welcome La Voix to The Epstein. Her show promises a fantastic evening of fabulous gowns, razor sharp comedy and outstanding music and song, all delivered in her inimitable fashion. It’s going to be an amazing evening.”

To book tickets please call 0844 888 4411* or go online at www.epsteinliverpool.co.uk* or in person at The Epstein Theatre Box Office from 12pm – 6pm Monday – Saturday. 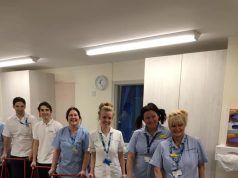