There are risks to the UK border if the UK leaves the EU without a deal on 31 October 2019. Government departments have done a great deal to prepare, but the National Audit Office (NAO) has found that the most significant risks to the smooth operation of the border remain and resolving them is now, to some extent, out of government’s control.

In its report, published today, the NAO has provided an independent assessment on how government departments have been preparing the border for a no-deal exit since the Article 50 deadline was extended from 12 April 2019.

It is impossible to know exactly what will happen at the border in the event of no deal. Government accepts the border will be “less than optimal”, which could mean disruption of goods crossing the border and queues for businesses and the public.

Government has prioritised security and safety; the flow of people and goods; and then compliance activity, including the collection of revenue. This comes with financial risks, as in the short-term it will not require EU traders to provide all the information at the border that it requires of non-EU traders. As the NAO has previously reported, it is also likely that organised criminals will quickly exploit any perceived weaknesses or gaps in the enforcement regime.

The government intends to apply temporary measures to give businesses more time to prepare and facilitate the flow of traffic. These include Transitional Simplified Procedures which allow registered businesses to delay submitting customs declarations and payment of customs duties on imports from the EU to the UK. As of early October 2019, approximately 25,000 of the 150,000 to 250,000 traders that may need to make a customs declaration on day one in the event of no deal had registered.

In preparing for a no-deal exit, government has put in place new systems, upgraded existing systems and made other extensive changes to minimise potential disruption. Since April, departments have strengthened aspects of their preparations including testing whether key systems will operate and integrate as planned on day one. They have secured and developed three more sites to deal with the expected increase in goods entering the UK under transit arrangements. They are also recruiting more staff, including around 500 more Border Force staff in 2019-20 to carry out transit checks.

However, despite government’s efforts, there is still work to do and little time to resolve any issues which may emerge. Government has also not been able to address the most significant risks relating to the border, although it has tried to minimise the impact of these.

Government’s reasonable worst-case planning assumptions state that the flow of goods across the short Channel crossings could initially be reduced to 45-65%, taking up to 12 months to flow normally. In forming this estimate it assumed that 30-60% of hauliers travelling to the EU border will have appropriate documentation. Therefore, government plans to introduce mandatory readiness checks on lorries to identify and divert hauliers who are not ready for French customs to reduce queues building up on the approaches to Dover and Eurotunnel. There is limited time to get the necessary infrastructure and staff in place to undertake these checks, finalise how they will operate in practice, and inform hauliers ahead of 31 October.

The UK government has announced temporary arrangements for managing trade crossing the land border from Ireland to Northern Ireland, in the event of no deal, but it acknowledges these are not likely to be sustainable. There is still uncertainty about border arrangements that the Irish government would introduce, including what checks it would impose or where they would take place.

The government is once again preparing to activate its civil contingency plans to manage short-term, severe impacts of no deal, known as Operation Yellowhammer. Work is also underway to enable the continued supply of essential goods and medicines, and to manage queues of traffic in Kent (Operation Brock).

Many border arrangements for a no deal are temporary and not sustainable in the longer-term. In the longer-term, government will need to balance enabling the flow of traffic across the border with introducing appropriate measures to minimise risk of non-compliance or criminal activity.

“Preparing the UK border for EU exit with or without a deal is extremely complex and has required a huge amount of work from many government departments, agencies and third parties such as traders. Despite their efforts, significant risks remain which may have consequences for the public and businesses. “Government will face new challenges in monitoring and responding to any disruption that may ensue following a no deal exit, and will need to replace temporary measures with sustainable long-term solutions to ensure the border is fit for purpose.” 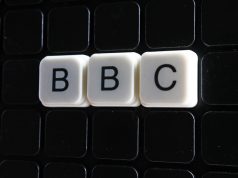 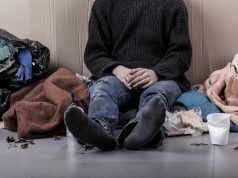