The National Audit Office (NAO) has found that the Motability scheme provides an excellent service to customers, but has long operated in a protected environment, supported by government, which has made maintaining high performance less challenging.

In its report, published today, the NAO states that Motability Operations – which administers the scheme on behalf of the Motability charity –has made high levels of unplanned profit and holds more in reserves than other car leasing companies. Furthermore, given its financial model, it is likely to continue to generate significant surpluses.

The Motability scheme enables eligible disabled people to exchange certain mobility allowances for the lease of a new car, powered wheelchair or scooter. The Motability charity is responsible for strategic direction and oversight, while Motability Operations Limited is responsible for operating the scheme through an exclusive seven-year rolling contract. The scheme is the only recipient of the direct transfer of mobility allowances from government and received tax concessions worth up to £888 million in 2017. This money contributes to customers accessing lease prices that are 44% lower on average than competitors.

Since 2008, the percentage of eligible people using the scheme has increased from 29% to 36% – a total of 614,000 customers in September 2017 from the 1.7 million people eligible for support. One of the scheme’s four strategic objectives is to improve reach and awareness, but there has been limited effort to understand why many eligible people do not use the scheme.

Motability Operations’ senior management deserves credit for the success of the scheme, with overall customer satisfaction at 99%. Since 2008, the scheme has spent £1.37 billion to improve its customer offer and invested in lease pricing to make cars more affordable. However, given the size of investment, we think there should be a wider consideration of the value for money of this outlay.

In every year since 2008 the scheme has made more profit than intended, generating £1.05 billion of unplanned profit in total. This is partly due to the strong performance of the used car market but Motability Operations’ own forecasts on the future value of used cars has also been out of line with the wider market average, resulting in customers being charged £390 million more than was required to cover lease costs.

Motability Operations has made various changes to the scheme since 2002. It took on responsibility for selling ex-lease vehicles, as well as the majority of its vehicle fleet insurance risk. Alongside a growing customer base, this has made scheme administration more complex and increased risks.

Holding reserves helps to ensure the scheme can withstand economic downturns without needing to raise lease prices and supports a strong credit rating to help finance the scheme. However, government support for the scheme means it is less exposed to risk than other major car leasing companies and the scheme would still be able to access finance with a lower credit rating.

At 31 March 2018, Motability Operations held £2.62 billion in reserves. This amount, when compared to the total funds available to the scheme, is significantly higher than major car leasing companies. While a more prudent approach to reserves may have been appropriate while the business was changing, it is less justified given its ongoing success. If Motability Operations adopted an approach more in line with other car leasing companies, it could hold a lower level of reserves and increase the level of funds available to distribute to the charity.

Remuneration of Motability Operations’ executive directors has been generous and linked to performance targets that have been easily exceeded. In 2008, a long-term incentive plan (LTIP) was implemented which enabled five executive directors to receive £15.3 million over seven years, on the basis of achieving performance targets set below levels that were already being achieved on their introduction. The NAO forecasts that executive remuneration will fall after the final LTIP payments are made in December 2018, with the chief executive’s total remuneration likely to reduce from £1.7 million to around £1.4 million in 2019-20.

Between 2010 and 2015, Motability Operations’ chief executive benefited from an additional five-year incentive scheme, designed to ensure his retention in post. The full value of this scheme, which has not previously been disclosed, has been transferred into a new arrangement which was worth £1.86 million in September 2018, and is likely to be worth around £2.2 million by 2022.

Motability’s governors have often exceeded recommended tenure limits, and there has been insufficient consideration of diversity in appointing them. Before new appointments in September 2018, the average tenure was 18 years against the Charity Governance Code’s recommended limit of nine years. Although Motability’s board of governors includes individuals with personal and professional experience of disability, there are no black and minority ethnic governors, and only one is female.

Between 2010 and 2017, Motability Operations donated £345 million to support Motability’s grant activity and announced a further £400 million donation in September 2018. Motability also expects to receive ongoing donations of at least £100 million a year. However, Motability does not have along-term strategy and it is not clear that it can absorb the donations it has received as a result of Motability Operations’ unplanned profit in a way that can maximise their effectiveness.

The NAO concludes in its report that careful consideration is needed relating to the scheme’s governance and Motability Operations’ executive remuneration. The government also needs to regularly review the value of the support it provides, in light of its objectives for mobility allowances.

“The Motability scheme delivers an excellent service to its customers, earning remarkable satisfaction levels. Motability Operations’ management deserves credit for having turned the business around and investing in features that have enhanced benefits for customers. However, Motability Operations has taken an unnecessarily conservative view of risk, holds more in reserves than arguably it needs and has also made large unplanned profits. On top of which there has been an internal view of executive performance as being‘consistently extraordinary’, with the reward to match, despite pressures from the Charity. “There is much to be proud of, but we think that stakeholders, including government, need to give far-reaching consideration to the scheme as it now stands, and to its future, in particular, whether its governance and accountability arrangements are robust enough.” 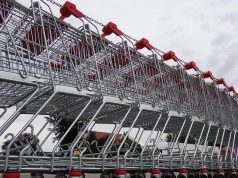 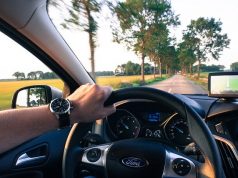 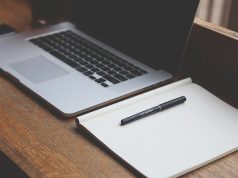