Soft drinks manufacturers and traders have paid an extra £153.8 million in tax since April, statistics published by HM Revenue and Customs (HMRC) reveal.

The Soft Drinks Industry Levy (SDIL) was introduced in April 2018 and applies to the packaging and importation of soft drinks containing added sugar. It was introduced as part of the government’s initiative to tackle childhood obesity by encouraging manufacturers to reduce the sugar content in their drinks products.

The UK has one of the highest obesity rates among developed countries and soft drinks are still the biggest source of sugar in children’s diets. Revenue collected from the levy will help fund physical education activities in primary schools, the Healthy Pupils Capital Fund and provide a funding boost for breakfast clubs in over 1,700 schools.

The Exchequer Secretary to the Treasury, Robert Jenrick, said:

“Today’s figures show the positive impact the soft drinks levy is having by raising millions of pounds for sports facilities and healthier eating in schools, as well as encouraging manufacturers to cut sugar in over half the drinks found in UK stores.

“Helping our next generation to have a healthy and active childhood is a priority for us, and I’m pleased to see the industry is playing its part.” 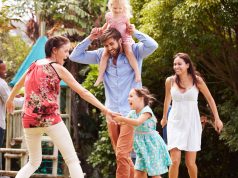