Although average weekly public sector pay has fallen by 4% in real terms since 2009–10, the fact that private sector pay has done similarly badly since 2008 means that the gap between public and private sector pay is just getting back to its pre-recession level. This means that further public pay restraint would take public pay to historically low levels relative to that in the private sector. This would in turn make it harder to recruit, retain and motivate high quality staff, with knock-on effects on the quality of schools, hospitals and other public services.

On average the issue is clearer for higher paid and better educated public sector workers than it is for lower paid workers. Relative to the private sector these higher paid groups have fared least well. The least skilled and lowest paid public sector workers still – again on average – have wages which are a little higher relative to those in the private sector than they were in 2007–08. Of course, there are examples of less well paid occupations that are struggling with recruitment and staff quality problems, such as within prisons, where higher pay could mitigate some of the current problems.

These are the main findings from new research published today by the Institute for Fiscal Studies, with funding from the Economic and Social Research Council.

– After controlling for differences in workers’ characteristics such as education and experience, there is little difference between the pay of public and private sector workers. Continued public sector pay restraint would likely push pay in public sector relative to the private sector to historically low levels.

– It is therefore among better paid and higher educated public sector workers – such as teachers or senior civil servants – and those working in London and the South East, that we might expect greater recruitment and retention issues and a more pressing need for pay increases.

Jonathan Cribb, a Senior Research Economist at the IFS, and author of the report, said,

“The government is considering lifting the public sector pay cap for at least some workers. If it decides to maintain the 1% cap, we should expect increasing difficulties in recruiting, retaining and motivating high quality public sector staff, reducing the quality and quantity of public services. But increasing pay for these workers implies substantial extra costs to public sector employers. The Treasury could provide extra funds for this by raising taxes, cutting other spending or borrowing more. Asking the NHS, for example, to fund higher pay increases from within existing budgets would be very challenging.” 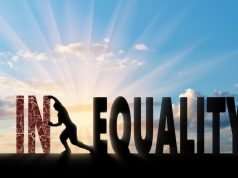