Police in Brazil have found a lion which had been stolen from an animal shelter in the state of Sao Paulo three days ago. The police chief of the city of Maringa, Sergio Barroso, has said that the lion was recovered by officers at a breeding farm 320 miles from the sanctuary from which the 9 year old lion, named Rawell, had been stolen.

Mr Barroso has said that officers had searched there due to a dispute between the owner of the small ranch and the sanctuary. He told radio station BandNews that the rancher had owned the lion previously, and he is contending that he still owns the lion.

Mr Barroso has said that a caretaker had been detained when the lion was discovered and that the rancher has been summoned to appear before the authorities.

The lion, which weighs in at 660 pounds, was unharmed and it will remain in the city of Maringa until the matter has been resolved. 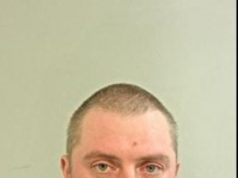