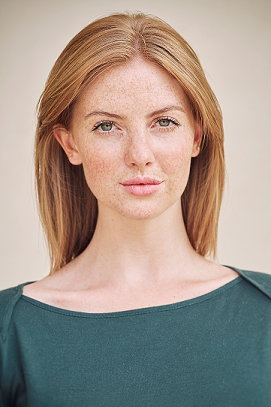 Television actress, Stockport’s very own Lucy Dixon, is swapping the big screen for live theatre in her latest project – playing the lead role in a new stage production of Helen Forrest’s By The Waters Of Liverpool.

Widely known for her roles as Danielle Harker in TV series Waterloo Road and Tilly Evans in soap Hollyoaks, Lucy was nominated for Best Actress at the TV Choice Awards for her portrayal of Tilly.

Lucy will play the role of Helen Forrester in this new stage adaptation of one of the author’s best-selling books, in a tour spanning 11 weeks and visiting 17 venues.

Lucy is “excited” for the adventure ahead after being “instantly drawn” to Helen’s story – but a real highlight for the actress will be performing in her home town of Stockport.

By The Waters Of Liverpool comes to the Stockport Plaza from Tuesday 10 March to Thursday 12 March 2020.

By The Waters Of Liverpool is a stunning period drama produced by the team that brought the smash hit Twopence To Cross The Mersey to the stage.

Now Lucy is swapping the TV cameras and studios for stages and live audiences as she takes the lead role of Helen Forrester. Lucy’s other TV credits include Birds Of A Feather, Casualty, Scott & Bailey, and Doctors. Theatre credits include Sweet Charity, The Girl From The Ward, Lord Of The Flies, and Peter Pan. She was also featured on the longlist for Best Serial Drama Performance in Hollyoaks at the National Television Awards.

Speaking about Helen’s story, Lucy commented: “I’m hugely excited to be playing Helen Forrester. I wasn’t aware of Helen’s books initially, but when I told my Grandma the news that I would be playing Helen on stage, she told me she had read her books. It made me feel so proud that it’s been entrusted to me tell this well-known heartfelt story.

“I’m really looking forward to delving deep into the story, the character, the relationships, and the struggles they faced. My grandparents grew up in the 1930s so I feel it will give me more of an understanding of what families went through.”

Lucy is full of warmth for her new character, explaining: “I read the script and was instantly drawn to Helen. She’s clever, she has a thirst for knowledge and to better her circumstances – she never gives up through all the adversity. It instantly struck me how much of a true fighter she is for the working class and for equal rights – which is again prominent today with the #MeToo movement. I love reading and learning about strong women. It inspires me.

“I’m very excited about the tour. The last time I went on tour was in 2016 – so I’ve dusted off my theatre slippers and my walking boots. But I’ll miss my own bed, you can’t beat your own bed! Touring gives you the chance to travel to places you may have not been to yet. I’ve never been to the Isle Of Man, so I’m looking forward to our visit.”

In celebration of Helen Forrester’s 100th Birthday, an iconic Blue Plaque will be unveiled at a special event this week at the late author’s family home in Hoylake – a place which featured heavily in Helen’s four volumes of best-selling autobiography, including Twopence To Cross The Mersey.

This new production of By The Waters Of Liverpool also features sizeable chunks from Helen’s earlier book Liverpool Miss, together with flashbacks to Twopence To Cross The Mersey.

By The Waters Of Liverpool is set in the 1930s after Helen’s father went bankrupt during the Depression. Her family were forced to leave behind the nannies, servants and comfortable middle-class life in the South West of England. The Forresters chose Liverpool to rebuild their shattered lives, but they were in for a terrible shock. Taken out of school to look after her young siblings, Helen is treated as an unpaid slave. So begins a bitter fight with her parents for the right to go out to work and make her own way in life. But by 1939 and with Britain on the verge of war, Helen now aged 20, has still never been kissed by a man. But things start looking up for her when she meets a tall strong seaman and falls in love.

By The Waters Of Liverpool has sold more than a million books. Now this is your chance to see it come to life in this brand new stage play adaptation.

Helen Forrester’s best-selling volumes of autobiography include Twopence To Cross The Mersey, Liverpool Miss, By The Waters Of Liverpool, and Lime Street At Two.

By The Waters Of Liverpool Spring 2020 UK Tour follows a hugely successful run at the Liverpool Empire Theatre in October 2018, when the new production was premiered to rave reviews. The tour opens on Tuesday 3 March at the New Brighton Floral Pavilion in Wirral – just a few miles from where author Helen Forrester was born. The tour will also visit Warrington, St Helens, Lancaster, Crewe, Southport, Rhyl, Swansea, Darlington, Malvern, Eastbourne, Isle Of Man, Hayes, Winchester, Liverpool and Blackpool.

Produced by Pulse Records Limited in association with Bill Elms

BY THE WATERS OF LIVERPOOL

Tickets from £22 plus booking fee 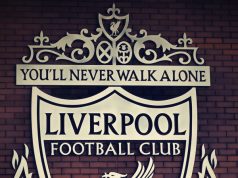 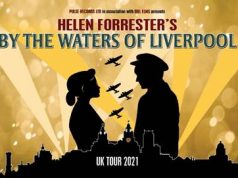 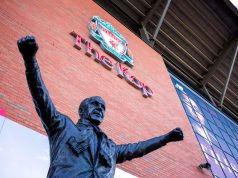 Van Dijk out for the season?