St Helens Council has announced that the Union flag will fly at half mast, in honour of Tom van Vollenhoven, a renowned talent from St Helens RFC’s past, who died on 21 October 2017 aged 82.

The flag will fly on the day of Vollenhoven’s funeral, Friday 27 October, and the Steve Prescott Bridge will be illuminated in Saints’ colours, red and white, every night in the interim.

Tom van Vollenhoven of Free State, South Africa, enjoyed a prolific rugby league career with Saints after switching codes from rugby union in the 1950s. Vollenhoven became a rugby league sensation with the club in a career spanning ten seasons from the 1957 to the 1967–68 season.

During this time he amassed a club record 392 tries in 409 appearances, and in 2000, he was inducted into the Rugby League Hall of Fame.

A book of condolence will be open to the public in reception at the Totally Wicked Stadium for supporters to leave their messages. It will be open until Friday November 3, after which it will be sent to Tom’s family in South Africa.

The book will be available during stadium opening hours; 9-5pm during the week and in the Saints Superstore from 10-4pm on Saturday.

Fans who wish to leave floral tributes can do so at Steve Prescott MBE Memorial Garden, near the stadium’s East Stand. 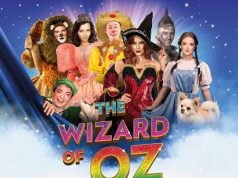