The special guests performing in a double bill showcasing some of the all-time musical theatre classics have been announced.

Absolute Opera in association with Bill Elms present Matinee Musical Classics and Music Of The Night at the Epstein Theatre in Liverpool on Sunday 20 October 2019. Tickets are on sale now.

The shows celebrate the very best West End and Broadway musicals, and feature the most iconic classic musical theatre hits of all time.

This new series of must-see musical theatre shows make their debut next month starring Liverpool-based internationally acclaimed classical Tenor, Roy Locke, who will be joined be a special guest West End performer in each show.

Emma Dears from Liverpool will appear in Matinee Musical Classics. The show starts at 2pm and promises an afternoon of sing-along classics from theatre’s golden age, making it perfect for audiences of all ages.

Emma Dears is widely recognised for her West End roles which have included Les Miserables, Miss Saigon, and Oliver, as well as touring with various stage productions. In recent years, she has played Helen Forrester’s mother in the stage plays Twopence To Cross The Mersey and its sequel, By The Waters Of Liverpool. Written by Emma, the musical biopic Judy & Liza – based on the lives of mother and daughter Judy Garland and Liza Minnelli – has toured the UK with Liza played by Emma. Classic Judy and Liza songs will feature in Matinee Musical Classics.

Olivia Brereton from Manchester will appear in Music Of The Night. The show starts at 7.30pm and is a spectacular evening of West End and Broadway musicals including Les Misérables, West Side Story, The Lion King, and The Phantom Of The Opera. A magical, enchanting evening for musical fans.

Olivia Brereton made her stage debut in the UK tour of The Phantom Of The Opera before going on to play the role of Christine in the West End. Stage credits also include the West End revival of Andrew Lloyd Webber’s The Woman In White. Most recently, Olivia was part of the international tour of The Beggar’s Opera.

Roy Locke has appeared in some of the most famous musical theatre roles of all time and performed on some of the world’s most famous stages, including The Paris Opera and The Sydney Opera House.

His portrayal of The Phantom in Andrew Lloyd Webber’s The Phantom Of The Opera won praise from theatre critics and audiences alike. He has gone on play the iconic role globally in three different productions.

Prior to the Music Of The Night performance, a pre-show talk will take place in the theatre bar from 6.15pm. Roy Locke will present Secrets Of A Phantom, giving theatregoers a fascinating insight into life as The Phantom – and reveal entertaining behind-the-scenes stories from his whirlwind career. The talk is free for ticket holders for the evening show.

The Musical Director for Matinee Musical Classics and Music Of The Night is Tom Chester.

Producer Bill Elms commented: “Matinee Musical Classics and Music Of The Night are going to strike a chord with so many theatregoers who just love to immerse themselves in musical theatre. We have selected an incredible choice of songs for both shows, the matinee aimed towards our older audience members and the evening show for lovers of musical theatre.

“We are delighted to welcome Emma Dears and Olivia Brereton who will join Roy Locke to present two very special shows. Their individual and collective talent and musical theatre credits speak for themselves, this is going to be a real highlight for Epstein Theatre audiences.”

MUSIC OF THE NIGHT

MUSIC OF THE NIGHT PRE-SHOW TALK – SECRETS OF A PHANTOM 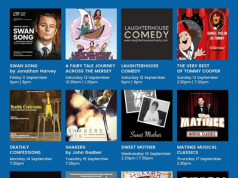 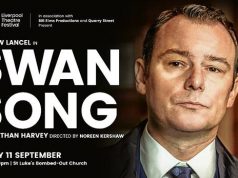 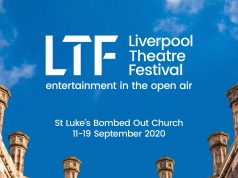