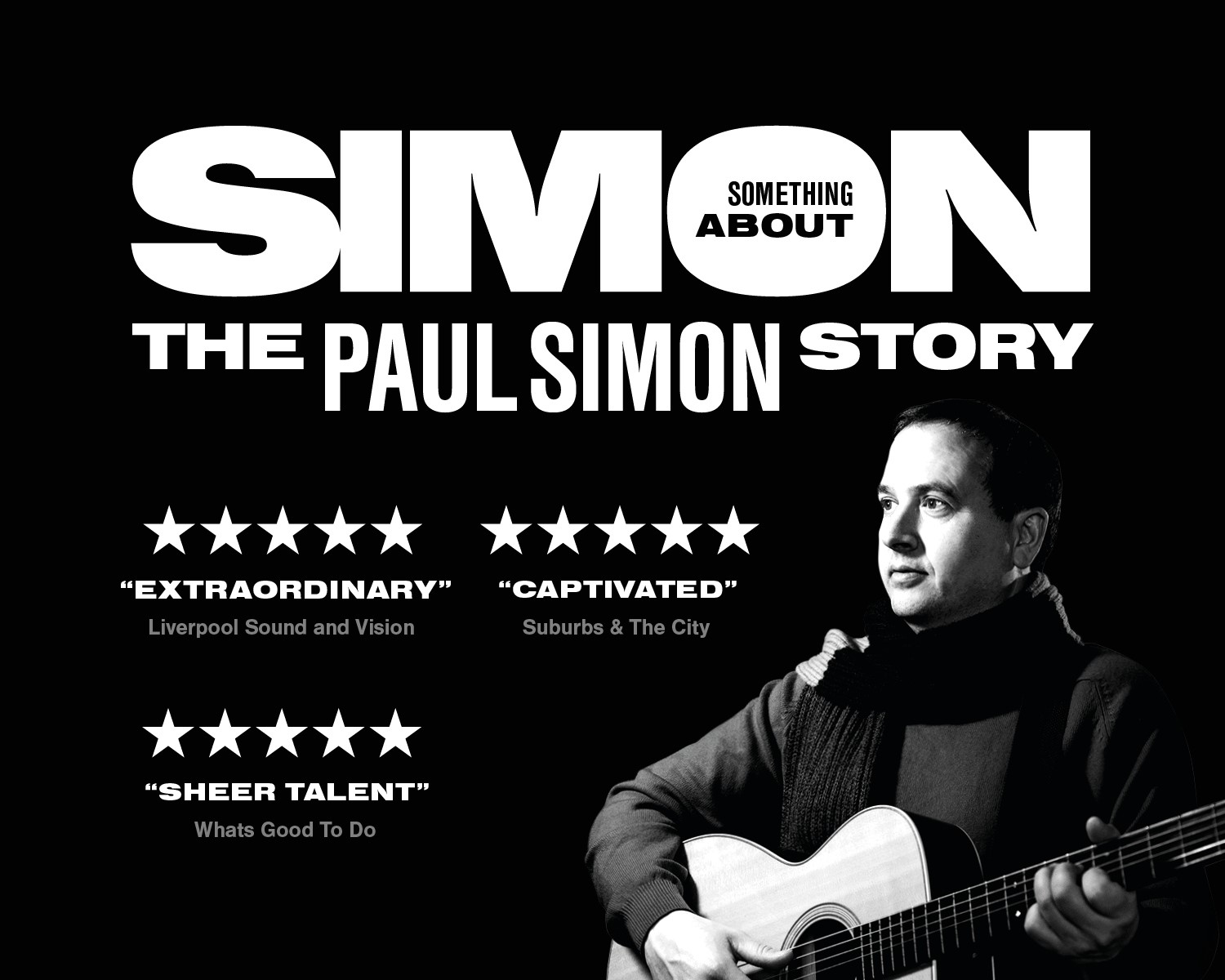 Liverpool production Something About Simon has been specially selected to play in a prestigious New York showcase in December following its runaway success at this year’s Edinburgh Fringe Festival.

Something About Simon celebrates the life and musical talent of legendary American singer songwriter Paul Simon.

The show has been created by Liverpool singer songwriter Gary Edward Jones, along with theatre producer Bill Elms and musician Jon Fellowes, who have spent three years crafting the one-man show, which Gary describes as a “real labour of love”.

Now Something About Simon – Paul Simon, A Musician’s Tribute is swapping the Liver Birds of Liverpool for the Big Apple of New York – after being hand-picked as one of the best shows from the Edinburgh Festival 2019.

Something About Simon will play six shows at the Fringe Encore Series at SoHo Playhouse between Wednesday 4 December and Saturday 14 December 2019.

Dubbed ‘the best of all fests’, the Fringe Encore Series scours the very best performance festivals across the world to find the very best shows and talent out on the global stage. Before bringing them together in one place – the iconic Soho Playhouse – to compete to win a residency.

The show chosen as the Outstanding Production Of The Year at the Fringe Encore Series 2019 will win a full Off Broadway run in New York City.

Something About Simon was premiered in Liverpool, where it enjoyed a successful two-night pilot run at the Epstein Theatre in Autumn 2018. Initially promoted as one performance, a second date was added due to popular demand. The show received 5-star reviews, wowing audiences and critics alike – and the Edinburgh Festival beckoned.

During its run at the Edinburgh Fringe 2019, Something About Simon was specially selected to take part in the Fringe Encore Series – giving the show and its creative team the opportunity to perform on an international platform alongside the very best festival acts from across the world.

Edinburgh Fringe has also opened up other doors, with the show also being invited to play two performances at the Out To Lunch Festival in Belfast on Tuesday 7 January 2020.

Gary, who bears a strong resemblance to Paul Simon, has spent countless hours researching the musical legend and studying his lyrics, music and life to gain a real insight into the man behind the music. A natural storyteller, Gary tells the unique story of one of his idols, combining visuals, stage design, storytelling and, of course, that iconic music and incredible songs.

Weaving together songs and stories that cross the Atlantic from New Jersey to the North West of England, Gary traces the sometimes-poignant moments in Paul Simon’s life and career that occasionally mirror his own – all delivered perfectly with his warm Liverpudlian charm and charisma.

Music highlights include classic ballads like The Sound of Silence, America, Kathy’s Song and Bridge Over Troubled Waters, to the more upbeat Me And Julio, 50 Ways To Leave Your Lover and Wristband.

With a heritage of half Maltese and half Liverpudlian, Gary’s musical journey began aged just 11 when he picked up his brother’s guitar. And he’s never looked back. Whilst studying woodcarving and cabinet making at college, he still pursued his love of music and began to find his own style, inspired by early Motown, blues and folk.

Something About Simon is brought to audiences by producers Bill Elms, Jon Fellowes and Gary Edward Jones of Something About Productions, with artistic direction by Gareth Tudor Price.

Gary Edward Jones commented: “This is a huge coup for Something About Simon. Not only has the show been named as one of the best shows from Edinburgh Festival 2019, but to be specially invited to perform at the Fringe Encore Series in New York with a chance of winning a New York residency, well this is what dreams are made of – the team are on cloud nine.

“Something About Simon has become a real labour of love. And now to have the opportunity to share our show with audiences in New York alongside other shows top festival shows from across the world is nothing short of incredible. We could never have imagined where this journey could take us – but like always, we’ll put heart and soul into the show.”

Paul Simon is a name that has cemented itself into the “hearts and bones” of audiences all over the world, resulting in a phenomenal career that has spanned more than seven decades. And now a new show is shining the spotlight on the illustrious career of a music icon. He began his career as one half of globally successful duo Simon and Garfunkel. He has gone on to enjoy an incredible solo career, which includes 13 multi-million selling albums and 16 Grammys among countless other awards and accolades.

Something About Simon is not a tribute show as we know it. It is one musician authentically honouring the music of another, utilising all the tools at his disposal.

SOMETHING ABOUT SIMON TOUR DATES

Out To Lunch Festival 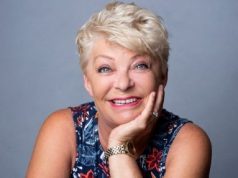 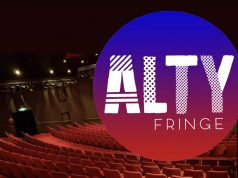