Motor-racing twins Kurt and Matt Wigley took time out from the track at one of the UK’s biggest events to support Highways England’s motorbike safety campaign.

As tens of thousands of people descended on the British Superbikes event, the Staffordshire brothers called on bikers and racing fans to ensure they always wear the right kit.

Highways England runs a campaign warning of the dangers of not wearing appropriate protective clothing, and teamed up with representatives from BikeSafe, the DocBike charity and Biker Down initiative at Silverstone to advise visitors and enrol motorcyclists on potentially life-saving courses.

The Wigley brothers urged people to follow Highways England’s advice and said that wearing the right gear at all times is vitally important for riders and pillion passengers.

Kurt, who has been racing since he was six years old, said:

“Unfortunately it is not until people come off and hurt themselves that they really appreciate that. Nobody thinks it will happen to them.

“I had a crash when I was a lot younger and my glove came off – the accident took all the skin off my hand. I realised then that if that can happen just losing a glove, what would happen if I didn’t have all the protection on.

“And the harsh reality is that you can come off at any time, even if you are just popping down the road. I have known someone come off going to the paddock, at mild speed, and hurt themselves because they did not have their kit on.”

Kurt applauded schemes such as BikeSafe and Biker Down which help identify hazards for motorcyclists and what to do in an emergency. He said:

“For anybody riding out on the road today a big element is having to do a lot of thinking for other road users, predicting what they will do.”

The weekend brought success in the British Supersport series for the brothers with Kurt taking a strong 9th place and setting a new personal best while Matt was just behind in 14th.

Meanwhile the many visitors to the Highways England stand were able to chat to traffic and police officers, learning from their experiences and gaining important safety advice.

The police-led BikeSafe initiative had some of its Ducati motorcycles on show, including one supported by Highways England, which help deliver workshops aimed at improving motorcyclists’ skills, knowledge and hazard awareness.

Representatives were also on hand from Biker Down, a fire service initiative which offers a free three-hour training course to prepare motorcyclists should they be involved in an accident, and DocBike which combines cutting edge research in motorcycle injury prevention with roadside critical care.

“Most motorcyclists, particularly young riders, know they are one of the most vulnerable group of road users and Kurt and Matt’s expertise is respected and appreciated.”

The award-winning Distressed motorcycle campaign, which urges young riders in particular to wear protective gear, will also be on display at the annual Bike4Life Ride Out and Festival which takes place this weekend.

Drivers are being advised to plan their journeys and allow extra time on Sunday (28 April) morning as the convoy of around 4,000 Bike4Life bikers takes to the M54.

Starting from Meole Brace in Shrewsbury at 11am, the ride out follows a 23-mile route via the A5, M54 and A41 to RAF Cosford, home to the Bike4Life Festival, arriving around 11.45am.

The event will raise money for Midlands Air Ambulance which works with the Safer Roads Partnership to organise the event. On average a motorcyclist is airlifted to hospital every four days in the Midlands region alone. 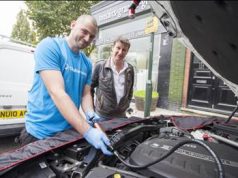 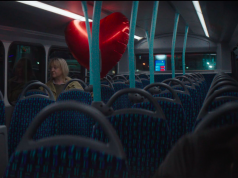 Patient safety and investment: The Royal College of Physicians’ plan for the next government