Flood defences in Warrington have been brought to life thanks to a group of budding Picassos from Cardinal Newman Catholic High School in Westy.

Year 7 pupils, aged between 11 and 12, were challenged by the Environment Agency to put their brush skills to the test and design images of wildlife to decorate walls that make up part of a new flood alleviation scheme.

The designs will face the pavement and be visible to passers-by along Mersey Walk in Westy.

They form part of a £34 million flood risk management scheme throughout Warrington which aims to reduce the risk of flooding to both people and property. The new flood walls are a major aspect of the defences and will cover a total of 7.2km by the time the scheme is completed in autumn 2017.

To spruce up the solid concrete of the walls, pupils took inspiration from some of the local species that live along the River Mersey including fish, amphibians and mammals such as mallards.

The regal kingfisher has also been a key feature with the colourful bird taking pride of place in an earlier phase of the scheme along Knutsford Road.

Speaking about the colourful artwork, Chris Stone of the Environment Agency said:

“These lovely features will bring a little of the Mersey wildlife to the new defences, which will provide much greater protection from the risk of flooding to about 2,000 homes and businesses in the Warrington area.

“It’s our priority to do everything we can to protect people from flooding. We are spending more than £2.5 billion to build flood schemes around the country, which will better protect 300,000 homes by 2021.

“The River Mersey Warrington Flood Risk Management Scheme, which is now in its final phase, will enhance flood defence infrastructure, blend in with the local natural and built environment and most importantly, provide best protection to people and property in the town of Warrington. We are grateful to all the pupils from Cardinal Newman Catholic High School who got involved. Their fantastic artwork has really helped us add another point of interest to this very important project.” 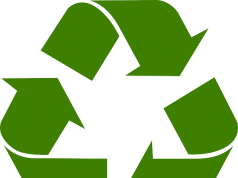 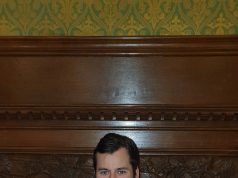 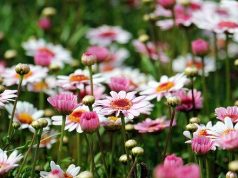