Higher school performance and job complexity are both associated with a lower risk of dementia, according to two independent studies presented today (Monday 20 July 2015) at the Alzheimer’s Association International Conference in Washington.

The first study followed 7,574 individuals aged 65 and over in the Uppsala Birth Cohort Study (Sweden) for more than 20 years and in that time 950 people developed dementia. Dementia rates were 21 per cent higher in those whose school grades were in the bottom fifth of the population and 23 per cent lower among those with complex occupations involving data and numbers.

In the second study, 440 people aged 75 or over in the Kungsholmen project (Sweden) were followed for 9 years. Those in the bottom fifth for school grades were found to have a 50 per cent increase in the risk of developing dementia over the course of the study. Participants who reported complex jobs involving working with people had 60 per cent lower risk of dementia, but this was only true in women.

‘Dementia is caused by diseases that damage the brain, but how the extent of damage relates to the severity of symptoms can vary greatly between individuals. These studies add to a growing body of evidence which shows the number of years of education we receive, and the complexity of our jobs, may help our brains by building up a ‘cognitive reserve’ to help us withstand this damage.

‘While more research is needed to determine why this happens, we believe that more years in education or more challenging occupations can increase the number of connections between brain cells. The more existing connections a person has, the more they could potentially afford to lose before the function of their brain is compromised by dementia.

‘However, people who haven’t had a long education shouldn’t be unduly worried by this study. Research shows there are plenty of positive things you can start doing now to keep your brain healthy into older age, including taking regular exercise, stopping smoking, eating a balanced diet and keeping high blood pressure under control.’ 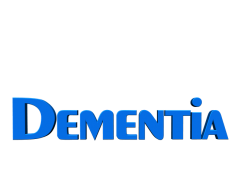 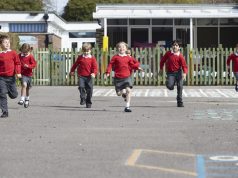