The RSPCA has launched a campaign to find homes for a record number of abused, neglected and abandoned horses and ponies.

Charities, including the RSPCA, are in the grip of an equine crisis as falling prices over the past five years have led to thousands of horses being neglected, dumped and in some cases left starving to death.

Alarming RSPCA figures* from the past five years show:

“Over the past five years there has been a marked and very worrying increase in equine neglect and abuse. This is witnessed on a daily basis by frontline staff.

This disturbing trend in neglect seems to be affecting equines more than any other animal that we deal with.”

She added that inspectors are seeing more large groups of horses which aren’t even being given the very basics – food and water.

“I remember a major issue in Wales in 2013, where we dealt with a group of 300 sick and neglected horses and ponies. It was horrendous, something that I will not easily forget and I fear we will have to deal with something similar again in the future.”

One of the horses rescued by the RSPCA and looking for a new home is piebald yearling Magpie who was at death’s door when he was found collapsed in a field. The youngster was emaciated, riddled with lice and worms and took six months of intensive care to nurse him back to health.

The Homes for Horses campaign is being launched to find loving homes for hundreds of RSPCA rescue horse and ponies.

Charlotte Dujardin, who scooped double gold medals for dressage at the London 2010 Olympics, rehomed a foal named Santa after he was found close to death by the RSPCA.

“There are hundreds of horses and ponies which need homes, it has really opened my eyes to what’s going on.

It would be great if more people could rescue as there are some lovely horses and ponies out there. I’m really pleased I’m able to help the RSPCA.”

“Even though we are rehoming record numbers of horses and ponies we are rescuing more and more each day and still have hundreds looking for fantastic new owners.

We have Shetlands to Shire horses, leggy foals to bombproof schoolmasters, dependable cobs to showy Arabs and everything in between.

We really need the horse community to help us tackle the equine crisis and find Homes for Horses.”

A series of open days is being held at RSPCA centres to showcase our rescue horses and ponies, or to find out more about rehoming visit www.rspca.org.uk/homesforhorses. To support our campaign text HORSE to 70111 to give £3. 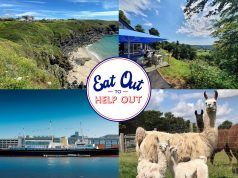 Wild and wonderful places you can Eat Out to Help Out 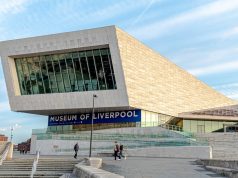 Liverpool on wheels: from horses to horsepower