Restaurant business owner Nisha Katona said she was “so proud” to receive an honorary doctorate alongside a predominantly female cohort of graduates at Edge Hill University.

As founder, CEO and executive chef of Mowgli Street Food, Nisha was conferred with the title Honorary Doctor of Business Administration at one of three graduation ceremonies held on Saturday, 7th December.

A keen ambassador for women in business, she commended the University, which was the first non-denominational teacher training college for women, for continuing to appeal to young women in areas like nursing, teaching and business.

“I was so proud to be here today,” she said. “I found it really moving to be sharing this moment with so many young women, particularly the nurses, because they’re doing the most incredible, compassionate job. They have an expertise in compassion, that’s the best thing you could have in life.”

Nisha referred to her own experiences in the male-dominated food industry and urged women not to be discouraged.

“It’s a surprise, a real sadness to me, that there are still only a handful of women at the CEO and owner level in the restaurant industry,” she said.

“In the Fast Track 100 I think there’s still only 20 women and in the FTSE 100 it’s similar; that’s why I think it’s really important that I tell my story, so women like me, and particularly women who think the next horizon is the menopause, know they can do it.”

Best known as a successful restaurateur, food writer and broadcaster, Nisha, who was born in Ormskirk and still has family there, was previously a barrister for 20 years.

But her entrepreneurial spirit would not let her sleep and she took the plunge into the business world, of which she had no prior experience.

“I didn’t want to give up the Bar but I had to because this thing was alive.”

Nisha opened her first Mowgli Street Food restaurant in 2014, serving contemporary Indian cuisine, and she now has 10 restaurants across the country, with her eleventh due to open in Bristol before the end of the year.

In 2018 Mowgli was listed in The Sunday Times Fast Track 100 Businesses, and this year Nisha was appointed by the Cabinet Office as Ambassador for Diversity in Public Appointments and recognised with an MBE in the 2019 New Year Honours list for services to the food industry.

Nisha inherited her love of food from her family and cites the poverty of her Indian ancestors as a driver for her passion.

“Where food is precious and scarce it is really well-loved. I come from a background in India that’s quite poor; my mother describes how they used to have one chapati between 6 kids.

“So, I was taught you don’t waste food; every single meal is a precious, amazing thing, it’s a real family event.”

That ethos is reflected in the buzz and warmth of every Mowgli restaurant.

Another central pillar of the business is Nisha’s dedication to charitable giving through The Mowgli Trust.

“The most important thing about The Mowgli Trust is it’s there to make my staff more outward-facing so their lives are enriched, and the way we do that is by getting them engaged with the Trust.”

The initiative has, with the help of customers, raised thousands of pounds for charities including The Clatterbridge Cancer Charity, Claire House and Birmingham Children’s Hospital Charity.

Described as an outstanding role model, Nisha’s honorary doctorate was given by Edge Hill University in recognition of the values she embodies, which the University endeavours to represent. 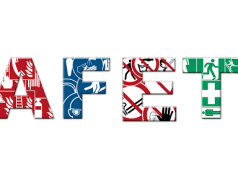