Official homelessness figures are masking the true scale of the problem, according to new research published today by Crisis and the Joseph Rowntree Foundation which reveals that the number of people facing homelessness rose by 9% last year (see notes for graph) to a total of 280,000 cases – a trend not reflected in the headline statistics.

Drawing on a survey of councils combined with new statistical analysis and in-depth interviews, the report shows how welfare cuts and other changes have left growing numbers of people struggling to keep a roof over their heads, with more than half of councils fearing worse is yet to come. Council officials provide stark accounts of people facing severe hardship because of sanctions; being unable to find a home on housing benefit; or being forced out of their local area (see key findings).

The findings are from state-of-the nation report The Homelessness Monitor: England – an annual independent study analysing the impact of economic and policy developments on homelessness.

It reveals that nearly two thirds of councils think headline homelessness figures no longer reflect local trends. This is because councils are increasingly reliant on more ‘informal’ approaches to homelessness that are recorded separately – such as financial assistance and debt advice, help to stay in a tenancy or family mediation.

Jon Sparkes, Chief Executive of Crisis, said: “Today’s report reveals the true scale of homelessness in England, which headline figures no longer reflect. Council officials are clear that benefit cuts and sanctions are taking a dreadful toll on people’s lives, with rising numbers facing the loss of their home at a time when councils are being forced to cut services. This is a desperate state of affairs.

“What this report clearly shows is that political choices have a huge impact on homelessness. As we approach the general election, we want all parties to take homelessness seriously as an issue. We want to see manifestos that commit to tackling the woeful lack of affordable housing, reviewing sanctions and cuts to housing benefit and to funding and supporting local homelessness services.”

Julia Unwin, Chief Executive of the JRF said: “This research highlights the growing divergence between regions, with London and the South reporting much higher levels of homelessness than the North, confirming that structural problems in the housing system are one of the main drivers of the under-reported surge in need.

“Homelessness can be catastrophic for those of us who experience it. If we are to prevent a deepening crisis, we must look to secure alternatives to home ownership for those who cannot afford to buy – longer-term, secure accommodation at prices that those on the lowest incomes can afford.”

“We have reports from our outreach officers that sanctions are having a detrimental effect on some of the vulnerable people they see and some are getting thinner as they cannot afford to eat.” (Council respondent, the Midlands)

Housing benefit cuts: Survey findings strongly suggest that the sharp rise in people becoming homeless after the loss of a privately rented home (now accounting for 30% of cases) is due in large part to housing benefit cuts, which are also making it harder for councils to rehouse people who lose their home.

“One of the bigger things for us now is the substantial movement of people out of London and movement around London because of cost… London’s become increasingly divided because people are shipping their people out.” (key informant, London, domestic violence service).

“It takes time for people to get into difficulties due to benefit reductions… I don’t think we have experienced [even] the tip of the iceberg yet” [Council respondent, the Midlands]

“Shortage of smaller properties in the area has meant that those under occupying are struggling to pay for additional rooms. This is beginning to lead to evictions” (Council respondent, the North)

“The reduction or possible ending of local welfare provision will remove the final safety net for many households” (Council respondent, the North)

Dr Suzanne Fitzpatrick, lead author, said: “Councils in England are changing the way they tackle homelessness, with an ongoing shift to more informal routes which aren’t recorded in the headline statistics, such as debt advice, financial assistance and mediation with family or landlords.  Taking these actions into account, we see that the number of cases of people facing or at serious risk of homelessness rose sharply last year. Yet this alarming trend has gone largely unnoticed by politicians or the media.” 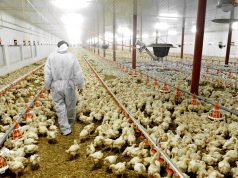 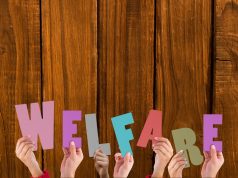 English families get extended support with food and utility bills