Domestic workers and carers, most of whom are migrant women, should be given an official status in the EU. Recognizing their work as “real” jobs would discourage exploitation, forced labour and human trafficking, say MEPs in a resolution voted on Thursday. MEPs recommend establishing easy-to-manage models for legal employer-worker relationships, citing examples in Belgium and France, to end precariousness and undeclared domestic work.

“Domestic workers and carers enable us to follow our careers, and enjoy our social lives. We entrust them with our homes, our children, our parents. But, they are invisible, undeclared, victims of insecurity and social exclusion. Also, most are women, working long hours with no days off, without medical cover or pension plans, said rapporteur Kostadinka Kuneva (GUE/NGL, EL).

“Our ageing population and the fact that women are entering the labour market means that we have an ever greater need for them. Yet EU member states continue to allow them to work in the grey economy”, she added.

Domestic workers and carers should be included in all national labour, healthcare, social care and anti-discrimination laws and be enabled to join trade unions, says the text. Furthermore, EU member states should ensure wider access to affordable quality care, e.g. for children or elderly, so as to reduce incentives to hire carers illegally, but also provide viable and legal career options for these domestic workers in social care services.

MEPs call for a “professionalization” of domestic work to turn precarious and undeclared female work into recognized jobs, which would give domestic workers and carers social protection rights. They also urge the EU Commission to propose a framework for recognition of the status of non-professional carers, which offers them remuneration and social protection during the time they perform the care tasks.

The majority of domestic workers and carers are migrant women, most of whom are in an irregular situation, says the text, which points out that their social and cultural inclusion is facilitated by integrating them into the labour market. 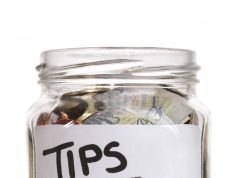