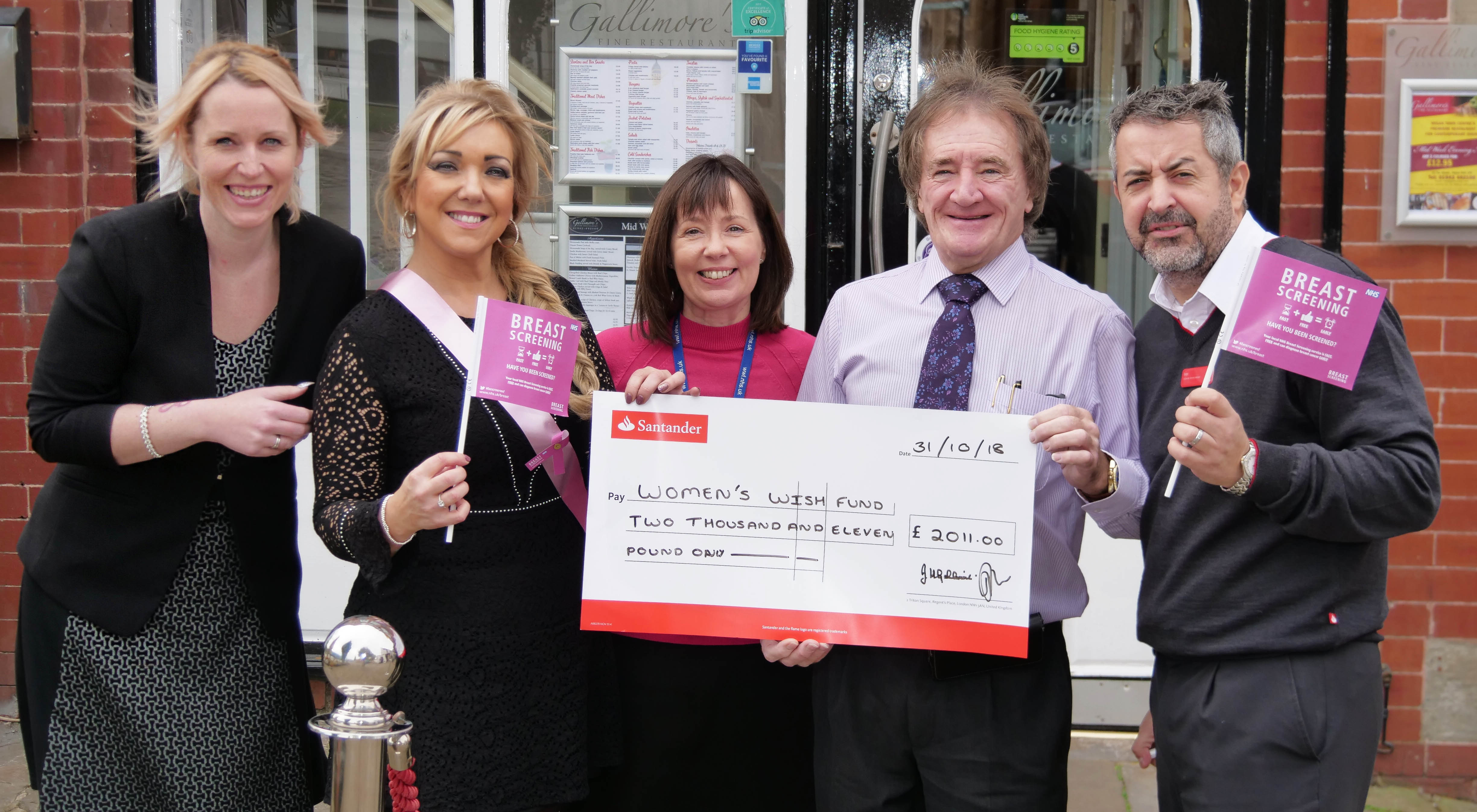 Throughout the month of October, local entrepreneur, and Wrightington, Wigan and Leigh NHS Foundation Trust Governor, Howard Gallimore has been raising money for the Trust’s charity.

And, as the month came to a close, the grand total that had been raised by hosting raffles, including prizes such as alcohol and teddy bears and selling ‘pink-themed’ food such as salmon, lamb and a variety of delicious pink desserts and drinks, was revealed.

Howard said: “The restaurant raised over £1000 and Santander has kindly matched the amount, bringing the total fortune to over £2000.”

“Many customers bought raffle tickets as they know that the money I raise will go to a lovely charity.”

Sarah Hodgson, who works for Santander and was present at the cheque presentation, said: “Santander has never worked with the Three Wishes Women’s Wish Fund before, but we thought it was a great charity to work with.”

Mr Gallimore was asked by Janet Ellison, Patient Navigator from South Lancashire Breast Screening, if he was able to promote the charity and their breast screening unit in his restaurant.

Janet commented: “We have been astounded by the level of support and the amount of effort that Howard and his team have delivered, resulting in an incredible amount raised for Women’s services within WWL.”

Gallimore’s Fine Restaurant is going to continue to promote Breast Cancer and Screening Awareness throughout the Christmas period, by hanging pink baubles on their Christmas tree and hanging pink coloured lights outside. 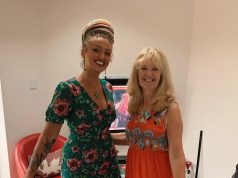 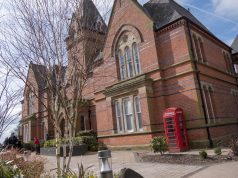 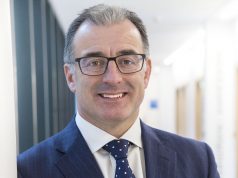