The CMA has raised concerns on 21 routes between Preston and Scotland under the new award of the West Coast Rail franchise.

As part of its mergers work, the Competition and Markets Authority (CMA) is responsible for examining whether competition issues arise from the granting of new rail franchises. It has therefore been looking into the award of West Coast Rail (WCR) to a joint venture between FirstGroup and Trenitalia.

Following its initial Phase 1 investigation, the CMA has found competition concerns relating to 21 routes – 17 between Preston and Scotland (terminating at Glasgow or Edinburgh) and 4 between Oxenholme and Carlisle. This is because passengers will only be able to choose from West Coast Rail – operated by a joint venture between FirstGroup and Trenitalia – for 17 routes, or TransPennine Express, operated solely by FirstGroup. On the 4 remaining routes, passengers can only choose from 3 operators in total: West Coast Rail, TransPennine Express and one other operator.

The CMA is concerned this could lead to higher fares and less availability of cheaper tickets because train passengers would have no alternatives, or limited options, to choose from.

The companies now have the opportunity to offer methods to address the CMA’s concerns. In previous cases, such as the award of the East Midlands Rail franchise to Abellio and FirstGroup and MTR’s acquisition of South Western, the CMA’s concerns were resolved by the companies agreeing to price caps on affected lines.

However, should any proposals offered be considered insufficient by the CMA, a more in-depth Phase 2 investigation will be conducted.

The CMA’s decision comes in advance of the start of the franchise, due to commence on 8 December 2019. Further details on the investigation can be found on the case page. 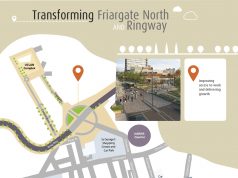