Rail fares have increased at twice the speed of wages since 2009, according to new analysis released today (Wednesday) by the TUC.

The figures show that rail fares have risen by 46% over the past 10 years, while nominal weekly earnings have only grown by 23%.

The TUC’s findings come as the government is set to announce another year of hefty increases for season ticket holders.

TUC analysis published in January showed that UK commuters spend up to five times more of their salary on rail fares than other European passengers.

Despite months of cancellations and delays, private train companies paid out £200 million in dividends to their shareholders in 2017/18; an increase of 6.5% over the last five years.

Last year, the taxpayer handed £3.8bn to these companies, an increase of 8%.

“It’s time to take the railways back into public hands. Every single penny from every single fare should be invested into our railways. This would free up money for much-needed upgrades and lower ticket prices.

“The number one priority should be running a world-class railway service, not subsidising private train companies.” 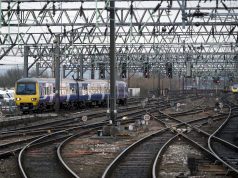