With only a few minutes to go before the start of the first free practice in Montreal, there have been a few developments from a few of the events from the previous race in Monaco. Montreal is a circuit that is a dedicated track but with the barriers so close to the edges of the circuit, there is a definite street feel to the race. Max Verstappen has come under fire from the other drivers following his collision with Romain Grosjean at Ste Devote. Max claimed that Romain had brake tested him and he was unable to avoid the collision whereas Romain and Felipe Massa mostly were under the impression that Max’s inexperience showed. Also Lewis Hamilton was hit by a barrage of questions relating to Mercedes and himself making the wrong call to pit him at the end of the race costing him the win and extending his lead. The weather may play a part as reports show that for FP1, it will be dull whereas the rest of the weekend will be dry. Memories of 2011 may surface for most as a completely rain soaked race made for an unpredictable result with Jenson Button taking the spoils of victory that day. Lewis also has fond memories of Montreal, in 2007, Lewis took his first pole position and race victory of his F1 career. Stay tuned for the qualifying report tomorrow. 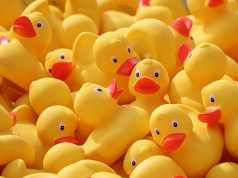 Almost half of people diagnosed with cancer find it hard to ask for help, as many fear being pitied