Providing care based on need not ability to pay is the NHS’s greatest achievement, say readers of The BMJ

‘Providing care based on need and free at the point of delivery’ has been voted the NHS’s greatest achievement in its 70 years by readers of The BMJ.

Over 5,500 readers voted on a shortlist of 12 contenders to find the NHS’s greatest achievement since it launched on 5 July 1948.

Providing care based on need received 23% of the votes, closely followed by ‘limiting commercial influence on patient care,’ which received 18% of the votes. ‘General practice as the foundation for patient care’ was third, receiving 10% of all votes.

The BMJ’s UK Editor Tom Moberly explains that, while many saw the NHS as “a Godsend” in the dark days after the Second World War, its introduction was not universally welcomed when it was launched.

Social insurance was often seen as the best way to fund a national health service, he writes, but Aneurin Bevan believed that it should be funded out of general taxation, in line with the fundamental principle that health was “a basic human right.”

As today’s vote suggests, the legacy of his belief lives on in popular public opinion.

In second place with 18% of the votes was ‘limiting commercial influence on patient care.’ Louise Irvine, a GP in Lewisham, London, says this reflects the high value that patients place on knowing clinicians are not encumbered by commercial influences offering advice on treatments.

‘General practice as the foundation for patient care’ was the third most popular choice, receiving 10% of all votes. Helen Stokes-Lampard, chair of the Royal College of GPs, points out that the trusted relationship a patient and their family has with their GP is unique in healthcare. “It is one of the reasons why we are so effectively able to deliver care to over a million patients every day in the UK,” she says.

Commenting on the results, Dr Fiona Godlee, The BMJ’s Editor in Chief said: “It is deeply heartening to see a founding and fundamental principle of the NHS topping a list of achievements that makes us most proud – it is a truly deserving winner.”

She adds: “I’m delighted that The BMJ has helped to remind everyone of the enormous contribution the NHS has made to our lives. We should celebrate this 70th anniversary with pride as we look ahead and consider the future prospects for our national health service.” 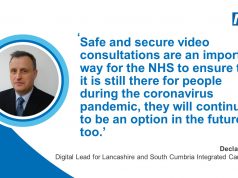