Electoral Reform Society calls for Lords to ‘get serious’ about reform following anger over 36 new appointments to bloated chamber.

Pressure is mounting for an overhaul of the House of Lords after the PM announced a wave of new ex-MPs, party loyalists and donors to the second chamber.

The ERS said any claim to the Lords’ independence is being ‘shattered’, after the government over-rode a vote of peers to reduce their numbers to 600 through a ‘one in, two out’ system.

Lord Speaker Lord Fowler condemned the move over the weekend and said that some of the new peers will be merely ‘passengers’.

“It is ridiculous because it is far too many for the duties… What you are doing is encouraging some in the House of Lords who are quite frankly passengers and don’t make much effort in any event” he said.

“Pressure is mounting for an overhaul of the Lords, after this shocking batch of cronyistic appointments. Even the Lord Speaker recognises that this situation is untenable and has completely over-ridden even the Lords’ modest attempts at self-regulation.

“At over 800 members, this bloated chamber is making a mockery of democracy. If the Lords are to have any credibility, they must now put their apparent anger into action and propose legislation to finally introduce some accountability into the unelected house. Otherwise, all notions of ‘independence’ in this anachronistic chamber will have been completely shattered.

“The anger is palpable. It’s time for Parliament to join the 21st century, with the fairly-elected second chamber that Britain deserves. This over-sized, expenses free-for-all must be overhauled at last.”

The 36 new peers tip the number of peers over the 800 mark, at a likely cost of £1.1m a year based on the average expenses claim. Peers can usually claim £323 a day tax-free – for the rest of their lives – for signing into the Lords.

Democracy campaigners believe the new appointments will make a ‘mockery’ of supposed efforts in the chamber to keep numbers down.

Nearly 200,000 people have signed a petition calling for the House of Lords to be scrapped and replaced. The petition which was started at the beginning of the year, has seen a surge in recent days.

It comes as ERS research reveals that London and the South East are ‘dramatically over-represented’ in the second house, a finding exacerbated by the latest spate of appointments.

The ERS want to see a far smaller, PR-elected Senate of the Nations and Regions to replace the Lords. 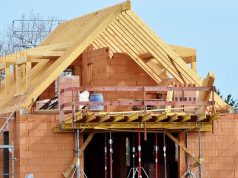