Police are appealing for information after an elderly man was assaulted during a burglary in Wigan.

Shortly after 7pm on Thursday 2 July 2020 two men forced their way into a property on Isherwood Street in Leigh.

One man pushed the victim into a radiator and threatened to kill him before going upstairs. The other man stayed with the victim whilst his accomplice ransacked the bedroom and stole a quantity of cash.

Both suspects fled the scene through the back door of the property in an unknown direction.

One of the offenders is described as a white man, 6ft tall, wearing both a red coat and red jacket.

No description is available for the second man.

The victim did not suffer any injuries but was left fearing for his own safety after the attack.

No arrests have been made and enquiries are ongoing.

Detective Constable Sean Goddard of GMP’s Wigan District said: “This violent burglary has left a vulnerable elderly man frightened of being in his own home. I would urge anyone who has any information that could assist us in finding the men responsible to contact police immediately.

“I would also like to reassure the community that we are doing all we can to find those responsible.

“If you were on or near Isherwood Street on the evening of Thursday 2 July 2020 and saw anything unusual or suspicious please report this to police as soon as possible.”

Alternatively, information can be passed on to the independent charity Crimestoppers, anonymously, on 0800 555 111 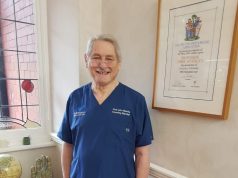 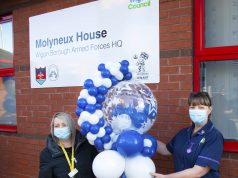 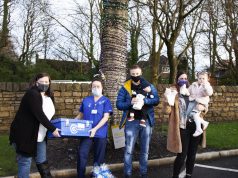