Prime Minister David Cameron announces the creation of the first ever global forum to step up international efforts on asset recovery.

The Anti-Corruption Summit in London has seen world leaders go further than ever before in agreeing a series of landmark commitments to expose, punish and drive out corruption wherever it exists.

Among a number of major commitments being made today, Prime Minister David Cameron has announced the creation of the first-ever global forum to step up international efforts on asset recovery.

The Global Forum for Asset Recovery will bring together governments and law enforcement agencies to work together to recover stolen assets.

The first forum will focus on returning assets to Nigeria, Ukraine, Sri Lanka and Tunisia. It will be held in the US next year, co-hosted with the UK, and will be supported by the UN and the World Bank.

The forum will strengthen co-operation between the countries that have had assets stolen and the countries where those assets are hidden, and help ensure law enforcement on both sides drive forward vital work to return illicit funds.

As well as strengthening our own legislation, the UK has also secured commitments from 20 other countries at the Summit to strengthen or reinforce legislation to ensure stolen assets can be recovered, including Switzerland, Nigeria, France, Germany and Afghanistan. On top of this, 11 countries have committed to develop the first internationally-endorsed guidelines to ensure transparency and accountability in the return of stolen assets.

Where money has been confiscated or settlements paid in foreign bribery and international corruption cases, the UK is helping make sure funds are returned to the countries they were stolen from. Recent financial settlements include the return of $7 million to the government of Tanzania.

Speaking at the summit the Prime Minister said:

“Today we have seen the world unite against a shared enemy. Countries have gone further than ever before in condemning corruption and pledging to drive it out.

“Together we have broken the taboo on talking about corruption that has existed for too long, and we have pushed this fight to the top of the international agenda, where it can no longer be ignored.

“This battle will not be won overnight, but if we continue to show the courage and political will to stand against corruption that we have seen today, we can and will defeat it.”

The Prime Minister also announced that the UK and 20 other countries – including major financial centres such as the US, Switzerland, the UAE, and Singapore – are bringing together the public and private sectors to fight corruption and money laundering. These intelligence sharing partnerships will unite banks, regulators and law enforcement to tackle financial crime by exchanging and analysing information on illicit financial flows.

Countries will strengthen existing links or develop models like the UK’s Joint Money-Laundering Intelligence Taskforce (JMLIT), whose work has led to arrests, the freezing of funds and the closure of bank accounts linked to crime. The JMLIT brings together the National Crime Agency, City of London Police, Financial Conduct Authority, HMRC and a number of domestic and international banks including Barclays and HSBC.

All countries at the summit have signed up to the first-ever global declaration against corruption that sets out their shared ambition to tackle it. The summit communique sets out the common approach that all countries will take, while a series of country statements set out the full range of concrete actions that individual countries commit to.

To ensure this work is enduring and countries are held to account for their commitments, the United Nations will convene a meeting to follow up on the global anti-corruption agenda alongside the 2017 UN General Assembly.

In other commitments made at the summit:

The Prime Minister also held talks with a number of world leaders in the side-lines of the summit – including President Sirisena of Sri Lanka, President Buhari of Nigeria, President Ghani of Afghanistan, Prime Minister Solberg of Norway, President Santos of Colombia and Prime Minister Muscat of Malta, as well as US Secretary of State Kerry – where they discussed the importance of driving forward the anti-corruption agenda.

Read more about the Anti-Corruption Summit 2016. 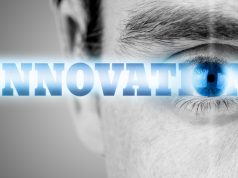 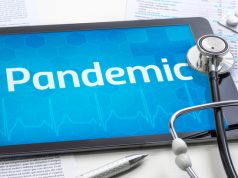