As the Government lays out its priorities in the Queen’s Speech this week the national charity publishes its latest Advice Trends, presenting some of the key day to day issues affecting the lives of people who turn to it for advice.

The report, based on data from the last four years, shows how the kinds of problems people seek help with has changed since the end of the recession.

The proportion of consumer debt issues people come to Citizens Advice with, including credit cards and personal loans, is down 12 per cent since 2011. But issues relating to day to day costs like rent and household bills are up 8 per cent.

Evidence from Citizens Advice also shows that people across all income scales are feeling the pinch. Figures from the survey of 2,025 people reveals that two in five (40 per cent) say they regularly think about having enough money left at the end of each week or month to buy food and other essentials after rent, mortgage and bills. And it’s not just people on low incomes who are worried about their finances. Of those with a combined household income of over £70,000:

National figures showing an increase in employment are also borne out in Citizens Advice evidence.  The charity has dealt with a third fewer enquiries about Jobseeker’s Allowance, dismissal and redundancy since 2011.

Changes in the labour market are reflected in the people coming to Citizens Advice for help as the proportion of enquiries from people who are in work but self-employed has gone up by 50 per cent over the last four years.

Beyond work and money worries more are now reporting problems with the standards of consumer and public services.  Since 2011 local Citizens Advice have helped people with 40 per cent more issues relating to complaints about public services including health, education and public transport.

Enquiries to Citizens Advice about fuel- including gas, electricity and oil- have also doubled since 2011. Reflecting changes in technology, problems with landline telephones are down 20 per cent and mobile phone issues are up 16 per cent.

“The economic recovery is on track but people still face day to day worries about their finances.  As the Government sets out its agenda for the next five years, there is an opportunity to look afresh at the challenges people face today.

“Citizens Advice is seeing a shift in some of the types of issues people turn to us for help with; queries around unemployment are decreasing, mirroring the fall in national figures, and the number of people seeking help with consumer debts is also down.

“But we know that despite this many people still have day to day worries about paying bills and rent, and an increasing number of people are seeking our help for problems with consumer and public services.” 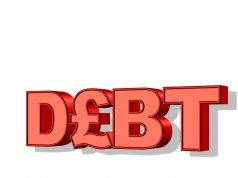 Over 3.4million regular earning Brits will be unfairly targeted to pay back Covid-19 debt

Savers in the North West receive Help to Save bonus payment