Nominal pay growth grew by 3.1 per cent in three months to August this year, the strongest pay growth since January 2009, the Resolution Foundation said today (Tuesday) in response to the latest labour market statistics.

The Foundation says that Britain’s tightening labour market – with unemployment at a 43-year low of 4 per cent and underemployment falling – looks to be finally feeding through into pay growth.

However above target inflation means that real pay growth remains weak at 0.7 per cent, compared to a norm of over 2 per cent before the financial crisis. This leaves real average weekly earnings still £12 a week lower than a decade ago.

Real pay growth has picked up across a range of sectors including hospitality (2.8 per cent), construction (2.3 per cent) and finance (2.1 per cent), although pay rises remain lower in the public sector.

The Foundation notes that pay appears to be taking off just as the jobs market is cooling off. There are signs that the employment surge has now halted, with 37,000 fewer people in work than three months ago. The proportion of people that move from unemployment into work each quarter has been falling for the past year.

“Britain’s jobs surge is at last feeding through to higher wages, with pay packets growing at their fastest rate in since the financial crisis almost a decade ago.

“This pay momentum is very welcome, reflecting a tight labour market with near record numbers of people in work and unemployment at a 43-year low. However, it comes off the back of a truly awful decade for wages that means they remain £12 a week lower than a decade ago.

“Further pay gains may come from falling inflation in the months to come, but sustaining them will require faster productivity growth in the months and years ahead.” 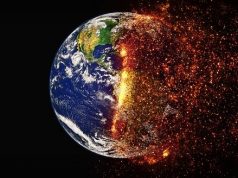