The share of employees directly affected by the minimum wage would double under Conservatives’ plans and treble under Labour’s according to new research published today by IFS.

Conservative plans to raise the National Living Wage to two thirds of the median by 2024, and extend it to 21- to 24-year-olds, would bring one in six employees within scope, increasing the numbers affected by 2½ million (from 1.9 million today).

Labour plans to introduce a £10 minimum for all aged 16 and over would mean more than a quarter of all employees’ wages being directly set by the minimum, with an additional 4.6 million employees aged 21 and over directly affected, taking the total to 6½ million.

Low-wage regions would also be more affected. Around 30% of employees in the North East, North West, Yorkshire and the Humber, East and West Midlands, and Wales would be on the minimum wage under Labour’s plans.

The evidence suggests that minimum wage rises so far have been a success in that they have substantially boosted earnings without harming employment. There may therefore be a case for further rises as part of a strategy to tackle low pay. But a careful process is required for implementing those rises. There will be some level beyond which a higher minimum wage will harm the employment prospects of the low-paid. Previous evidence suggests we have not got there yet, but it does not tell us where the tipping point is. The risk of sudden large jumps in the minimum wage is that the tipping point is passed before the evidence comes in, leaving policymakers unable to respond in time to limit the damage.

Xiaowei Xu, a Research Economist at IFS and an author of the report, said:

“Recent minimum wage rises have boosted earnings and there is little evidence that they have damaged employment, so there may well be scope for further increases. But both the Conservatives’ and Labour’s plans would take us into uncharted waters. That calls for a careful and incremental process to ensure that, if the employment prospects of the low-paid do start to be impacted, policymakers can change course before it is too late.

“We should not be setting minimum wages via a political bidding war. If due consideration is not given to the balancing act involved, the risks to the very people the policy is intended to help may be quite severe.” 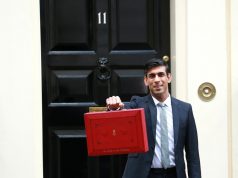